Jurassic park is a movie franchise loved andcherished by all. Ever since the launch of the first movie on June 11, 1993,the movie has seen great success. The movie is a fictional science moviefocusing on what the world be like if Dinosaurs still existed. A group ofscientist experiment using the DNA of reptiles and the fossil DNA of alreadydead Dinosaurs to bring to life already extinct Dinosaurs. Unfortunately,humans trying to play God only led to a lot more catastrophe and, of course,the break out of all the Dinosaurs, starting with our beloved T - Rex.

Are you a fan of the Jurassic Park movie? Thenyou must love and admire the details and realism of the show. Sadly, it seemsJurassic World Dominion will be the last of the franchise. As a fan of theMovie franchise, won't you love to have something to remember the movie by? Ifthat's how you feel, you will love the new set Lego just cooked up. On April17, 2022, Lego launched a set from an adaptation of the Jurassic Park movie,The Lego T - Rex Breakout set. The set replicates a scene of the T - RexBreakout in the Jurassic Park movie. The set is pretty awesome and can be agood distraction from the day's stress. The set also comes with cool detailswhich look amazing on display. This post will examine everything you need aboutthe Lego T - Rex Breakout set. 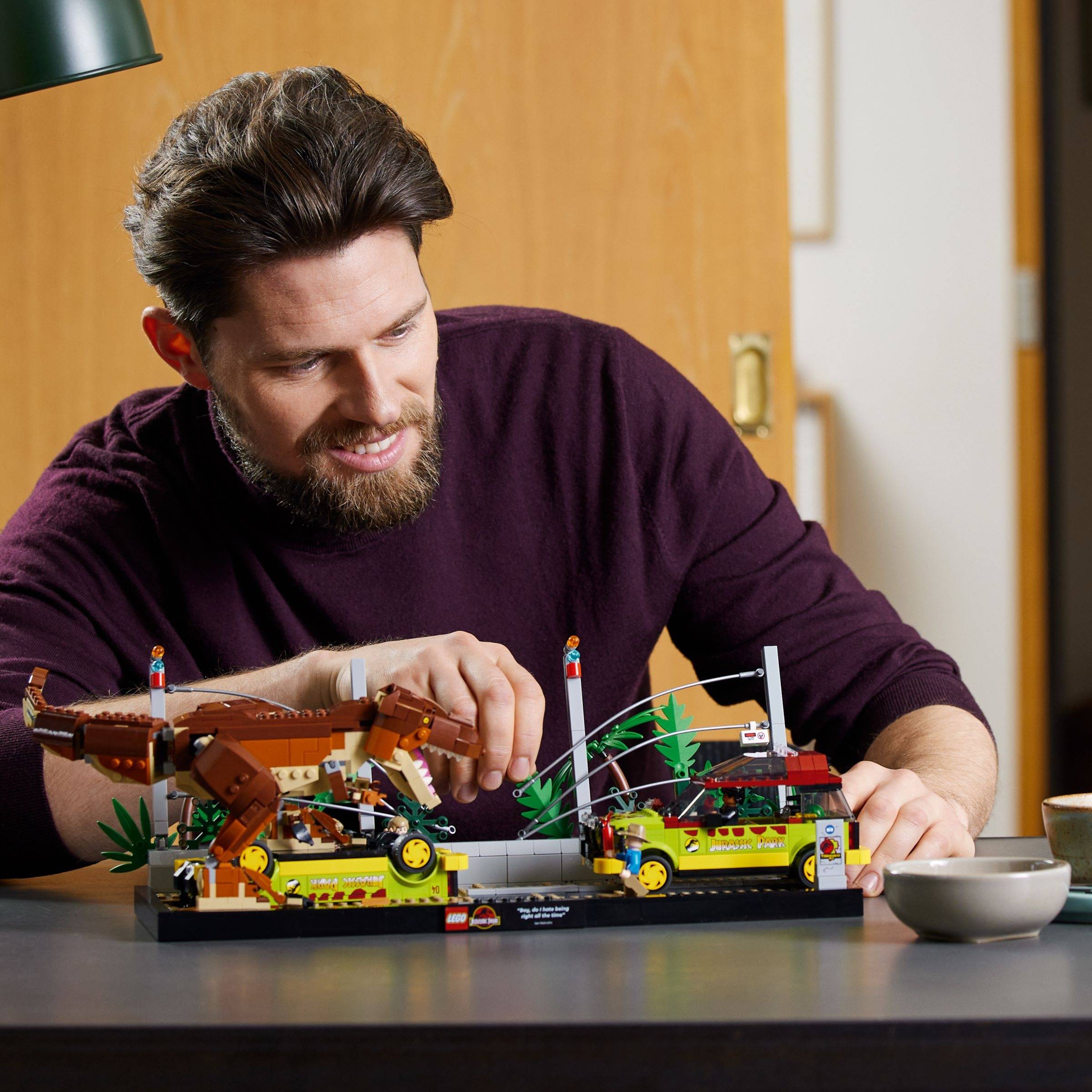 The Lego T Rex Breakout set has many coolfeatures and details that make it look amazing. The Lego set comes in a verynice black box with a picture of the finished set. Once you open the box, youwill see at least eight numbered bags with brick pieces you will need tocomplete the building of the Lego set. You also have a plate that will serve asthe base of the Lego set. Whether you are an experienced Lego builder or not,you will need to set aside time for building this Lego set. The building of theset begins with the surrounding. After which, you will be building the T-Rexwith Lego bricks. Once you are done with the building of the T-Rex, you willalso have to build the Jurassic van, a replica of the one used in the movie.Once you build all these parts, you will need to attach them together torecreate the scene properly. Another important and realistic detail to note isthe wired fence which the T Rex breakout from. The fence's design andpositioning make it look awesome and add to the overall display. 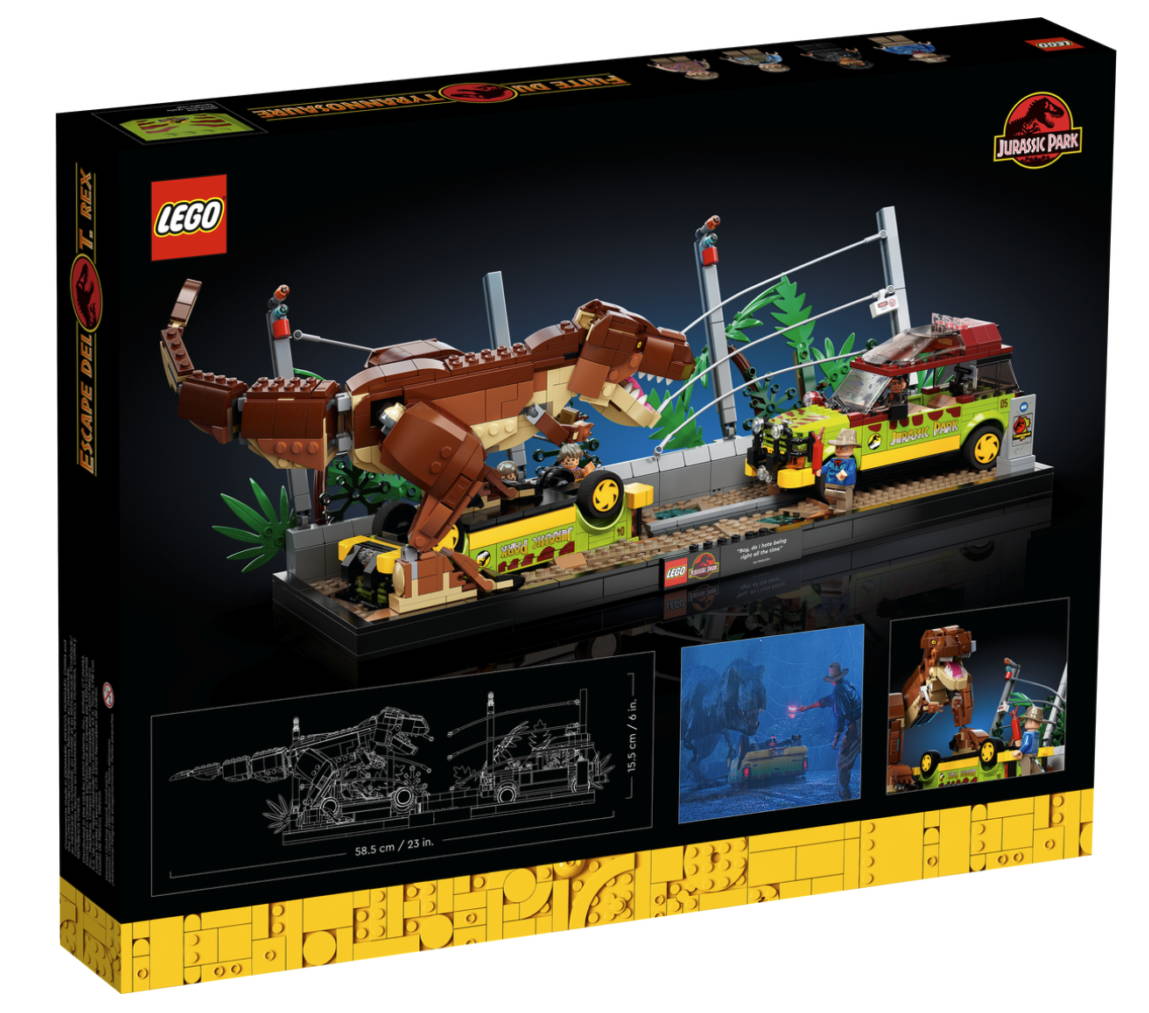 The set is not only fun but easy to build. Itcomes with a building manual that helps makes your job easy. All you need to dois study the instructions from the manual carefully, and you are bound tosucceed. The manual also contains valuable information about the set and Legos'partnership with Universal Studios to bring this Lego set to life. So areinterested in that information, you can easily access it there. Overall, theLego T Rex Breakout set is fun to build and has the features to help keep eventhe most distracted builders engaged for hours. The set also has a very cooldisplay and can be a nice touch in your living room or office table. This Legosets features are to die for. Let's touch talk more about this for a bit.

The Lego T-Rex set ls originally tagged as acollector set. This means that the main purpose of buying this Lego set will befor display. This Lego set does an amazing job as a display piece,  but the truth is you can use it for so muchmore. The set includes Minifigures and a car that can be easily removed fromthe set to play with. This cool feature not only makes this set an amazingdisplay set but also a fun set for roleplaying. Enjoy recreating epic scenesfrom the Jurassic Park movie, or you could put it on display for all to see.The sky has no limit to what you can accomplish with this Lego set. 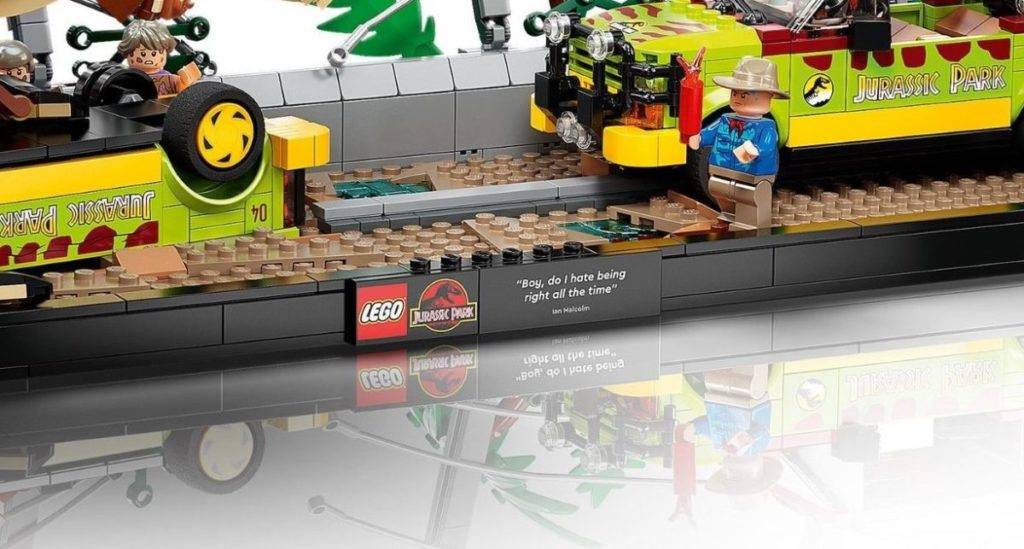 The Lego set also contains a car replica ofthe RXP 07 Tour Van used in the Jurassic Park movie. The Lego company really totheir time in designing this Lego car. It is just the size of a little Toy car.This means that kids can comfortably drive this car around, recreating scenesfrom the movie. The car even has space that can contain four Minifigure. So youcould include Minifigures to help make your interaction with the set more fun.

The Lego T-Rex Breakout set can be considereda medium size set. The set comes with lots of pieces, an entire 1212 pieces.These pieces do not include the falt board, which comes separately from theLego set. When completely built, the Lego T Rex Breakout set measures about 6inches high, 23 inches wide, and 8.5 inches deep. The set also comes with coolminifigures, which adds to the Powerful display feature this set has.

The Minifigures of this Lego set areexclusive. They are designed in just the right size to fit perfectly in thetour van. The minifigures are four in number, and all have alternate faces.With these minifigures included t your Lego set, your display is enhanced tothe fullest. If you are a fan of Lego Minifigures, this is a set for you toget. 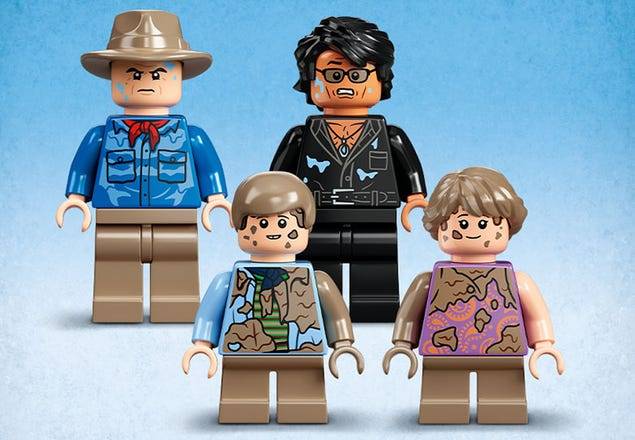 Another feature of this set that may seemannoying to some is the stickers. Though they can be frustrating to include ina set, it adds a nice touch to the overall look of the site making it moreappealing to the eye. The stickers in this Lego set are few and will not taketime to put together.

The Lego T Rex Breakout set is now availablein Lego stores in the US and Europe. If you live in this Location, locate anyLego stores around you and get this Lego set. But if you dwell in a placewithout access to a Lego store, you could purchase the set online on the Legowebsite. You can sell the Lego T-Rex Breakout set for a hundred dollars. Thisprice is justified seeing the amount of work Lego put in to make the setattractive and fun to build. And to make your set look even worth more thanhindered dollar price, add our Lego light kit to it.

MAKEYOUR LEGO T-REX BREAKOUT LOOK EVEN MORE WORTH THE PRICE WITH OUR SPECIAL LIGHTKITS.

Our lights are special Led lights designedspecifically for the Lego sets. The kit has a cool remote control andinstallation manual to help get you ready to work. Do you know how Lego lightswork? If not, here are three universal steps that can help.

As soon as your Lego lights arrive, it wouldbe safe for you to take a few minutes to inspect them. This ensures that allshipped lights and accessories look and are in perfect condition. It is notunusual for light kits to sustain damage during shipping. This is because ourlights are very fragile. So to ensure you get premium quality Lego lights, makesure you inspect your package. If you notice any damages during the inspection,request a replacement using your 30days warranty card. 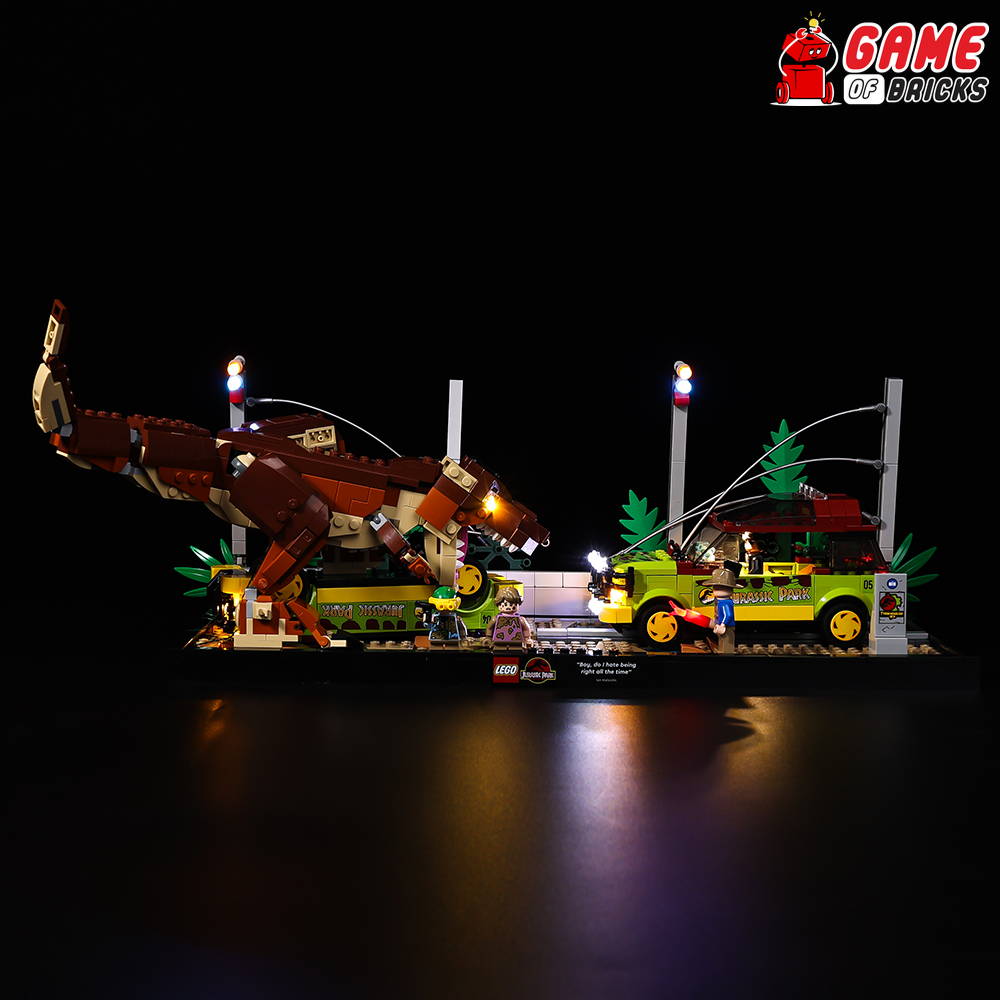 Well, if you are new to our Lego lights anddon't know how to go about it, we have covered you. We have included a manualas part of the light kit. This manual is well-detailed and will help you getthe most out of your installation process. As you work with our lights,remember that they are fragile. So ensure to handle them with care. 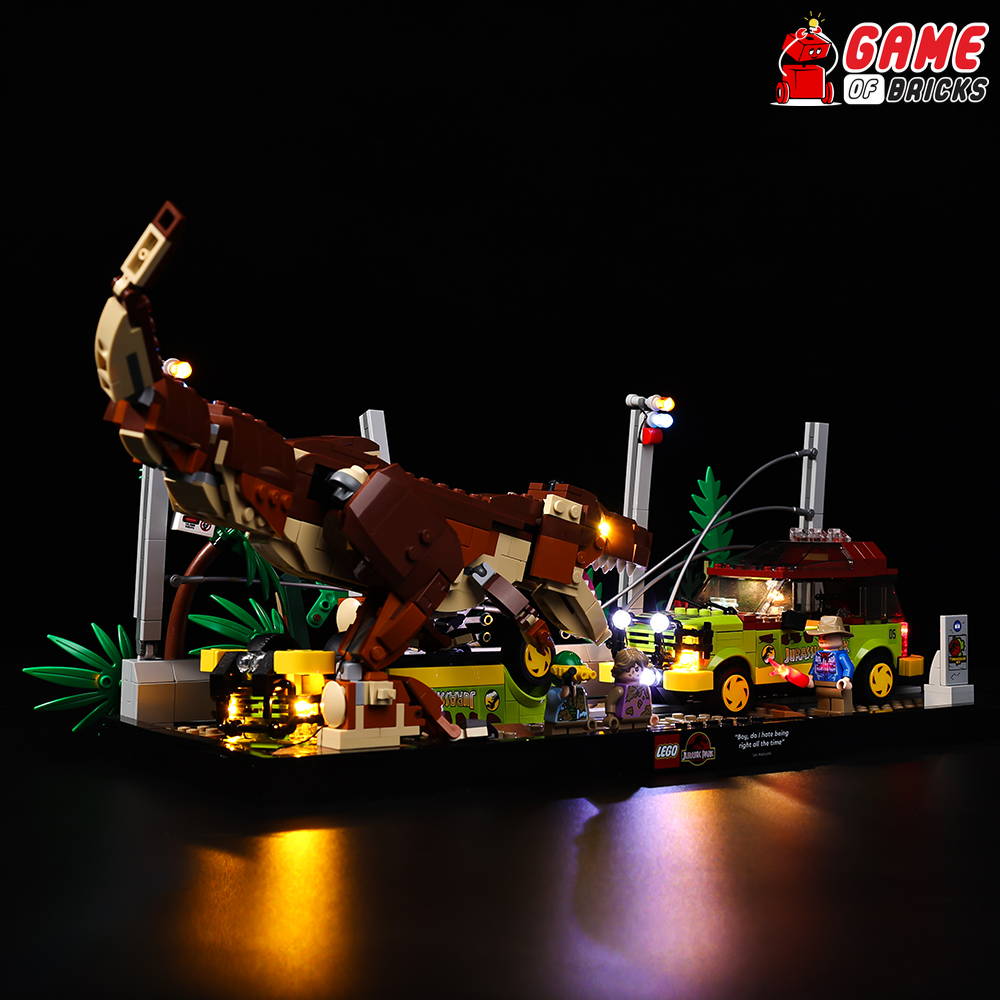 Once you have successfully installed your Legolights, it's time to find out if you have done a good job and if your light kitworks. To do this, try putting on and off your lights using your remote. Also,try living it on for some time to check the stability of the lights. If thelights are not stable, find out through the manual if that's part of thefeatures. If not, find out why the lights are not stable. It could be aconnection issue. Once you notice any issues with your light kits, try and fixthem. If not, put your Lego set on display for all to see.