Cool things you should know about the LEGO Millennium Falcon 75192

The dream of any LEGO fan is to add the LEGO Millennium Falcon 75192 set to his collection. Looking at the current price of this LEGO edition, we can be sure that it will be a very nice investment to purchase it now. But, now, the question is, are you familiar with the whole details of this marvelous model? Keep reading and you will find out some interesting facts about the LEGO 75192 Millennium Falcon set. 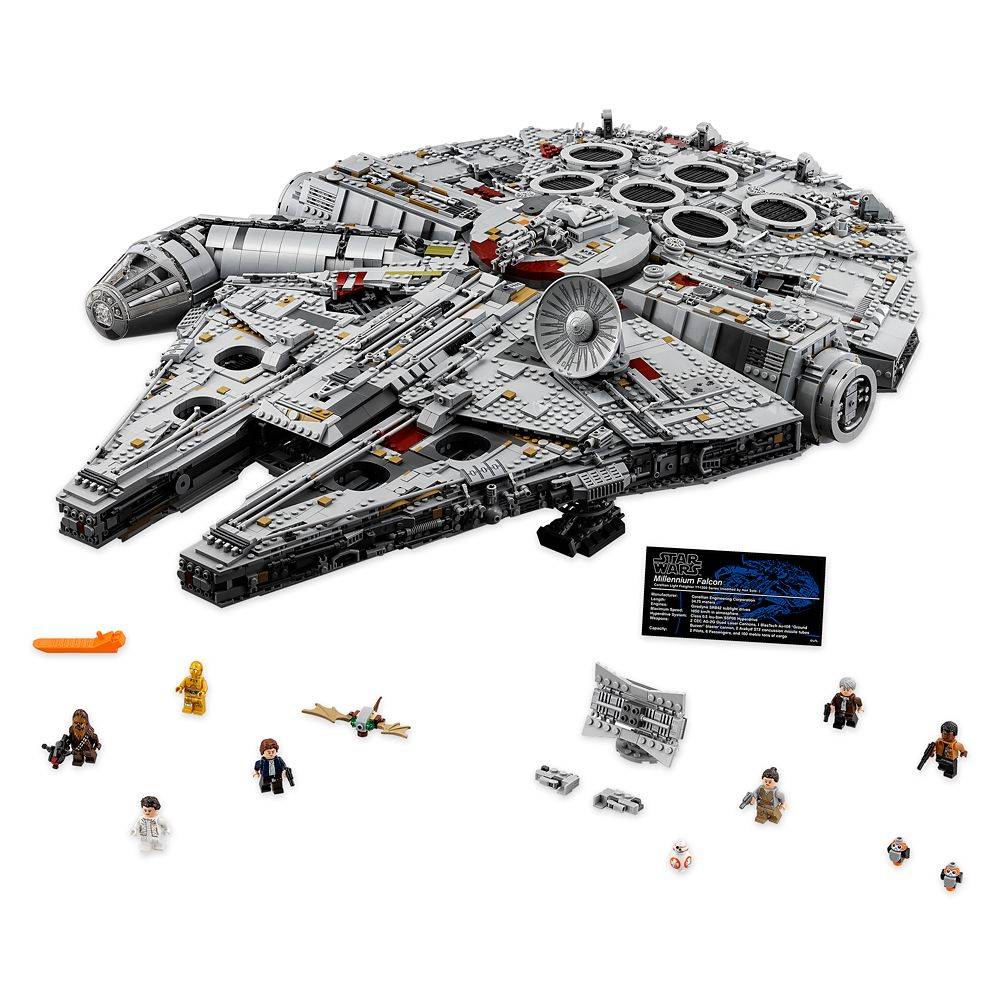 The evolution of LEGO Millennium Falcon 75192

In the year 2000, LEGO released the first-ever edition of the Millennium Falcon set. By then, its pieces were 663 which also have a roof that can be removed, helping you to repeat the scenes and actions of Chewbacca, Princess Leia, and Luke. There was a lot of imperfection or blemishes in this starship, but in the year 2004, there was a great improvement at the introduction of the LEGO Star Wars Millennium Falcon that has 985 pieces. This particular set was more detailed compared to the 2000 edition, having more invisible structures and improved cockpit.

In 2007, LEGO then made the first series of the Ultimate Millennium Falcon, LEGO 10179. By then, there was no other LEGO set which was larger than it as it has 5,197 pieces. This was incredible. The Minifigures of this LEGO model could control the ship while sitting in the control room. Another awesome thing about this LEGO model is the realistic rotation of the whole quad-laser turrets. But, the flaw of this Ultimate falcon series is that there are no other interior details apart from the control room of the starship. Beginning from the year 2017, the LEGO 75192 Millennium Falcon became the most expensive set, making the Ultimate Millennium falcon second in the list. 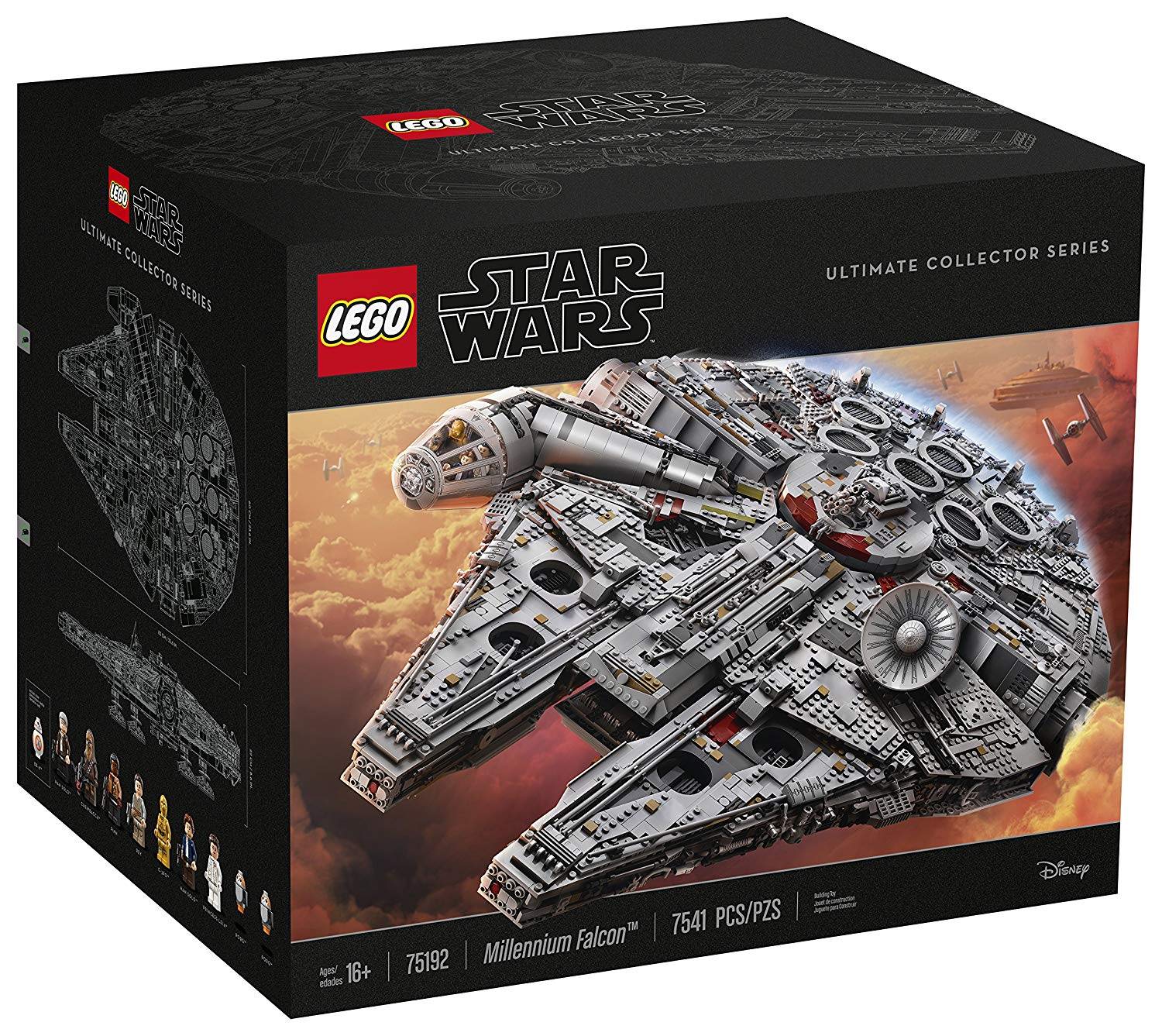 There were still other releases of LEGO editions since the year 2000. An example of a set that was released after 2000 was the LEGO Starship containing 1,392 pieces made to replicate the scenes of the 2015 Star Wars movie which has the title: The Force Awakens. Since then, there were still other Millennium Falcons that were released. One micro fighter was added in 2014, which means that there is a new role for Han Solo. 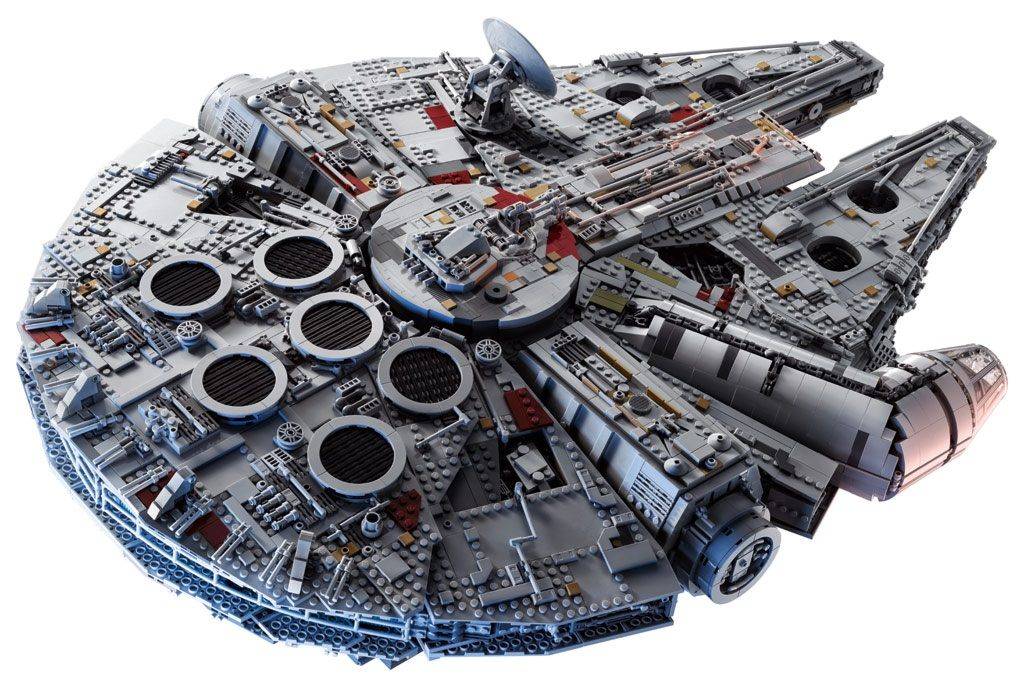 Before the Star Wars movie titled ‘The Last Jedi’ was released, LEGO announced the release of a set that is more superior to other previous editions. This was the LEGO Millennium Falcon 75192 which has 7,541 pieces, making it the largest amongst other LEGO set ever released. This spaceship has the record of the biggest LEGO toy in the market till today. Even though this UCS Millennium Falcon series has the same size as the LEGO 10179 model, it still more detailed than the old edition. This amazing set is designed to have the complete interior that all the fans have been expecting to see. 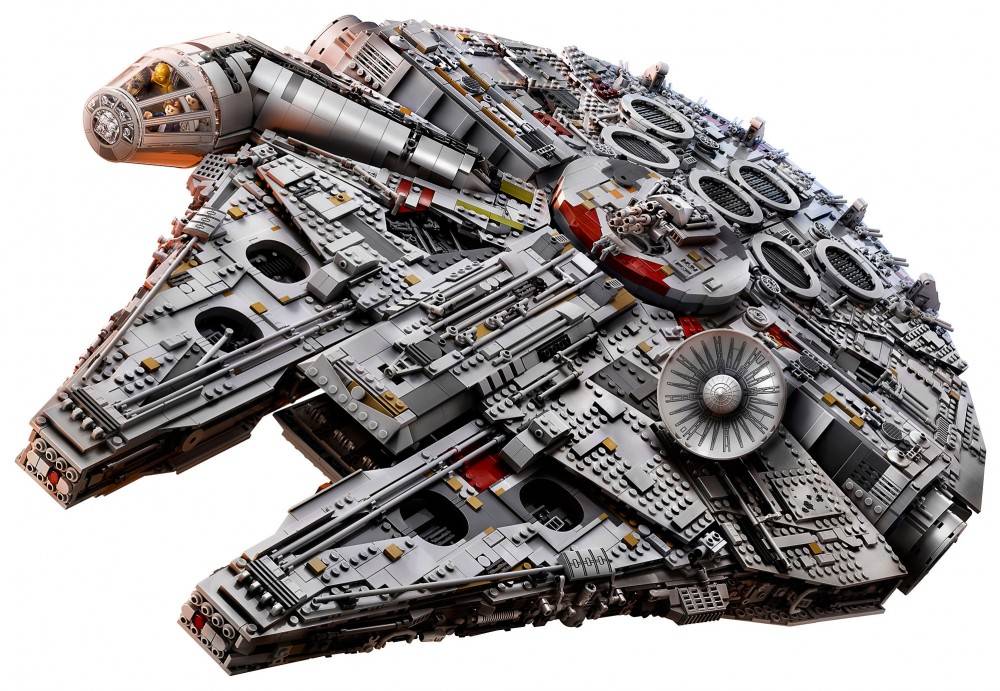 The UCS Millennium Falcon is out with a bang! This extremely fast starship that is owned by Han Solo is detailed with amazing features. The landing legs (7), quad-laser cannons (top and bottom), the invisible blaster cannon, sensor dish, and many more that are in this LEGO Flacon set will leave you in frenzy. This LEGO Millennium Falcon 75192 has a canopy that can be detached and a cockpit where 4 Minifigures can sit. Removing the panels on the outer part of the starship will enable you to view the completely designed interior of the set. When you take a look at the main hold, you will notice that there is a seating position that had been designed for the Minifigures; you will also find a holographic game of Dejarik, a decorated doorway, and an engineering station that has a seat that turns. The console will lead you to the back chamber where the hyperdrive can be monitored. 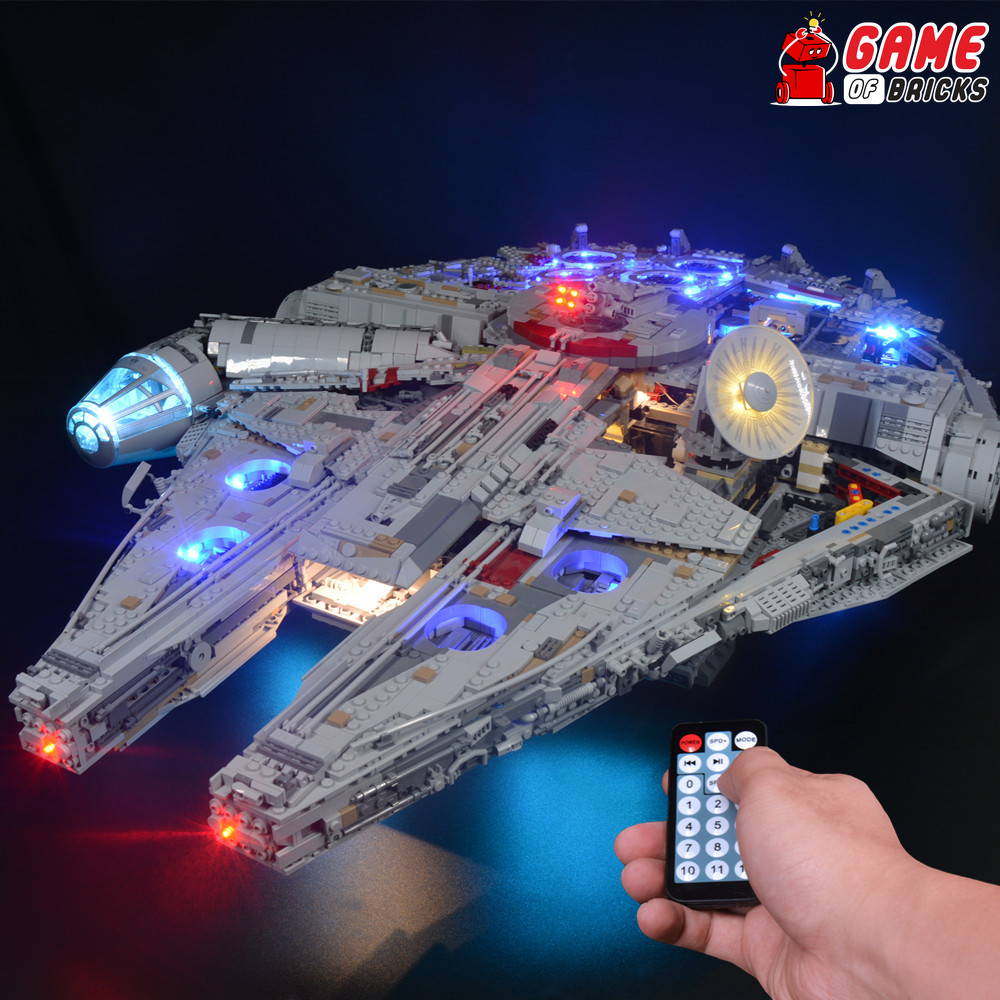 In this same LEGO Millennium Falcon 75192 set, you will find a hull panel that can be detached including a quad-laser cannon that rotates continuously, an invisible floor compartment, a ladder that leads you to the realistic station (gunnery), and two hatches of an escape pod. This Flacon will be a great addition to your building collection.

When you look at the current price of the LEGO 75192 Millennium Falcon set, you will notice that it is higher than the price it was being sold last year and in 2017. So, purchasing one at this moment will leave you with a lot of profit in the future. There is much fun in playing with this iconic set as you may spend some days in building the starship.

After you have successfully built your LEGO Star Wars set and are ready to begin the show, you should get our wonderful LEGO Lights that have been designed to perfectly this set. Our LEGO Light Kit will make your play even more realistic. Customize your Millennium Falcon today with our marvelous lights and enjoy the fun as you replicate the Star Wars scene with pride.

LEGO has done very well for all their fans around the world as they have made people become more close to their favorite TV shows as well as the characters. Get your spaceship today and recreate the iconic Millennium Falcon set like a boss.