In 1932, a toy manufacturing company that will later become the biggest in the world was established. Known today as the LEGO Group, it later expanded its horizon and ventured into creating video games that are now favorites all over the world. The LEGO version of many Hollywood movies and stars have been created, thereby taking the excitement to a whole new level.

With the availability of these LEGO video games on PC, mobile devices, and consoles, they have become favorite for both kids and adults. Millions of copies of each of the video games that have been created over the years have been sold around the world. With offices and sale stores also around the world, these games are at the reach of everyone.

The LEGO Racers video game was released subsequently on different dates on different platforms, from 1999 to 2001. The game was originally developed by High Voltage Software (HVS) and published by LEGO Media. It was one of LEGO's first video games that started before the 2000s. 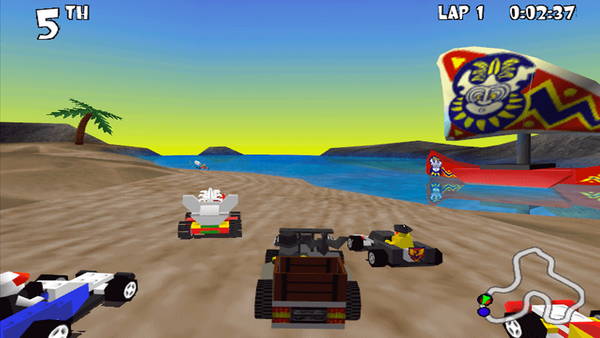 The game was made available on Microsoft Windows in North America and Europe on the same date: July 31st, 1999. For Nintendo 64, it was released on the 12th and 31st of October, 1999. For Playstation, the game was released on the 17th of December, 1999 on the two continents. And many months later, the final release for Game Boy Color was made in Europe and North America on December 29th, 2000, and January 18th, 2001, respectively.

Without a link to any movie, the LEGO Racers game is set in a fictional racing world that allows both single and multiplayer features. While the concept for the game was actually created by High Voltage Software, it is LEGO themed.

During the development of the game, LEGO sent a huge number of its character models and pictures to the developers. It was then decided that the Castle, Space, Adventurers, and Pirates theme will be used, giving the game a perfect LEGO themed design.

However, despite the success of the game, there were mixed reactions from fans and critics. Nevertheless, it remains one of the best selling LEGO video games of all time. 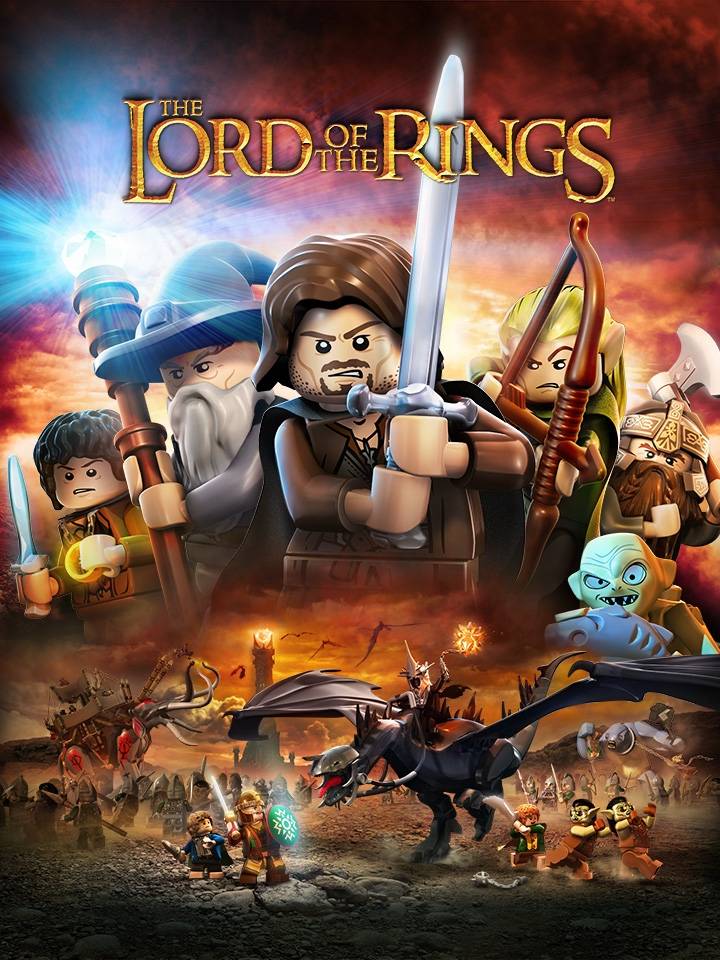 The game is originally modeled after the movies, but with some differences. While the game follows the actual story of the movies, some scenes were modified to improve the comic experience. And despite this, it still possesses a satisfying gaming experience and amazing gameplay actions that make it super enjoyable.

The LEGO Jurassic World is another of the action-adventure game, which is part of the LEGO Group video game series. Released in 2015, the video game is based on the first four films of the Jurassic World franchise, and has enjoyed massive sales since.

The game was developed by TT Fusion and published by Warner Bros. Interactive Entertainment. Its availability on different gaming platforms across the world makes it enjoy impressive global sales. Since 2015 to the latest release in 2019, LEGO fans have had the opportunity of enjoying the game on platforms like PlayStation 3, PlayStation 4, PlayStation Vita, OS X, iOS, Android, Microsoft Windows, Nintendo 3DS, Nintendo Switch, Wii U, Xbox 360, and Xbox One. 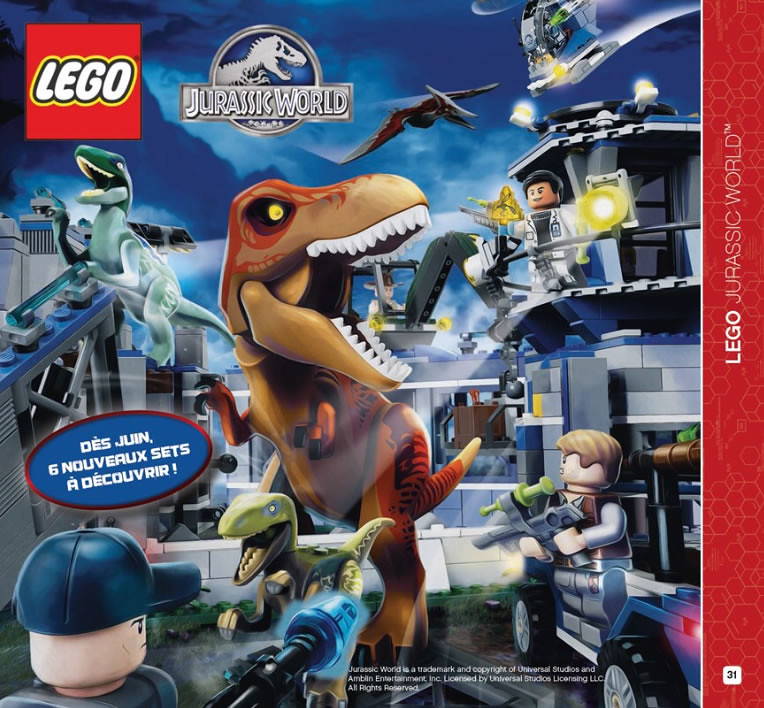 Within the date of the first release on 12 June 2015 to 13 October 2015, the game had already sold 4 million copies, as revealed by Warner Bros. Interactive Entertainment

One of the most interesting features of LEGO Pirates of the Caribbean is how perfectly the characters are captured, coupled with the comic experience of the game. Developed and published by Traveller's Tales and Disney Interactive Studios respectively, the game was released on 10 May 2011.

With the game's availability on Wii, Nintendo 3DS, Nintendo DS, Xbox 360, Microsoft Windows, PlayStation 3, PlayStation Portable, and Mac OS X, it was the third top-selling video game in May 2011.

The LEGO Harry Potter series adds to the list of several LEGO video game series developed by Traveller's Tales and published by Warner Bros. Interactive Entertainment. The storyline of the 1-4 part of the series released in June 2010 is based on the Harry Potter films first four series. 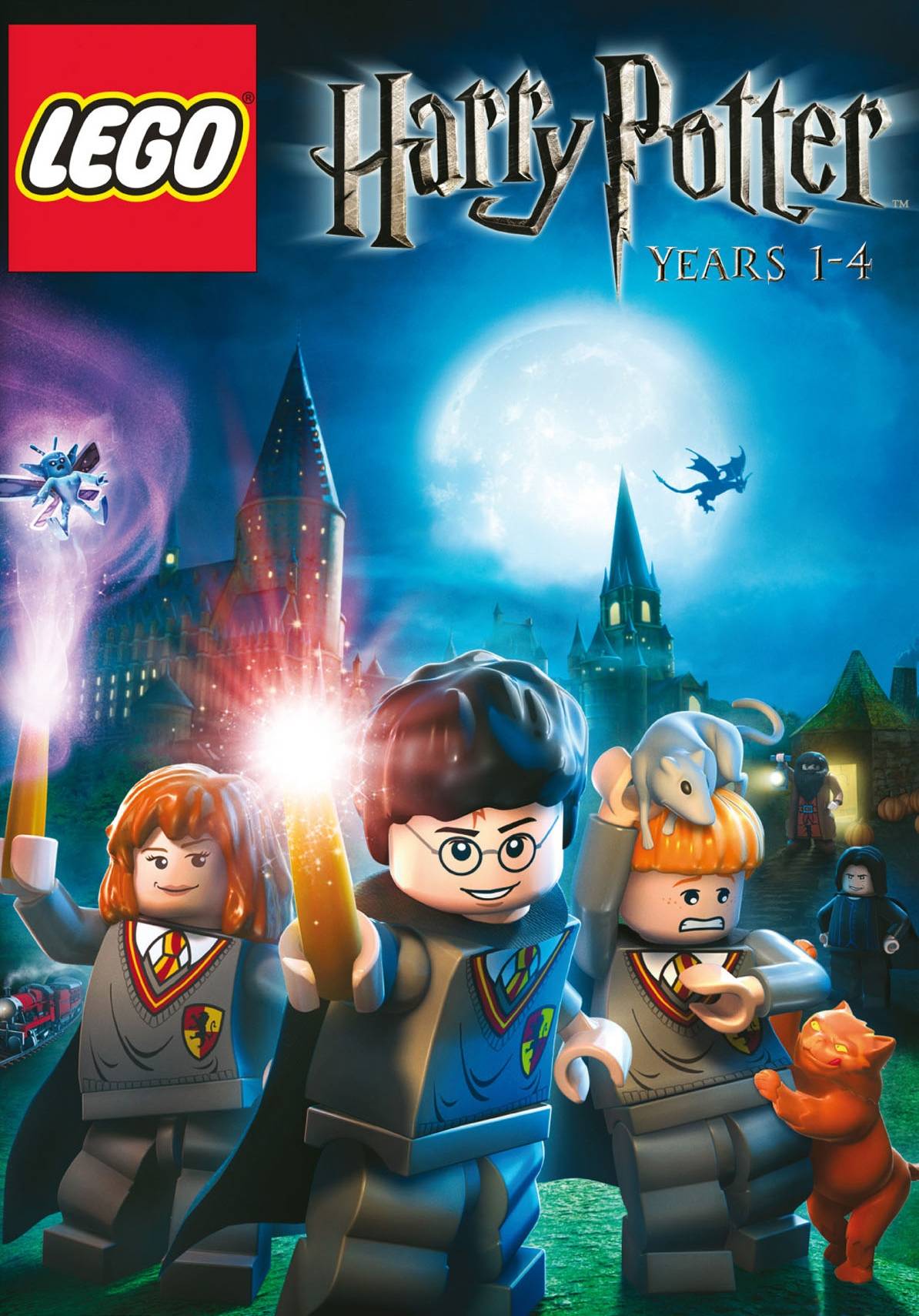 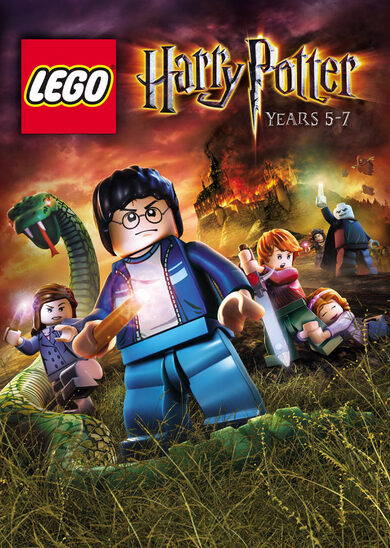 Featuring the same gameplay, mechanic, and style as other games in the series developed by Traveller's Tales, the game includes various characters from a total of thirty different franchises. To name a few, Harry Potter, Jurassic World, Knight Rider, Legends of Chima, The Lord of the Rings, Midway Arcade, Mission Impossible are all included. 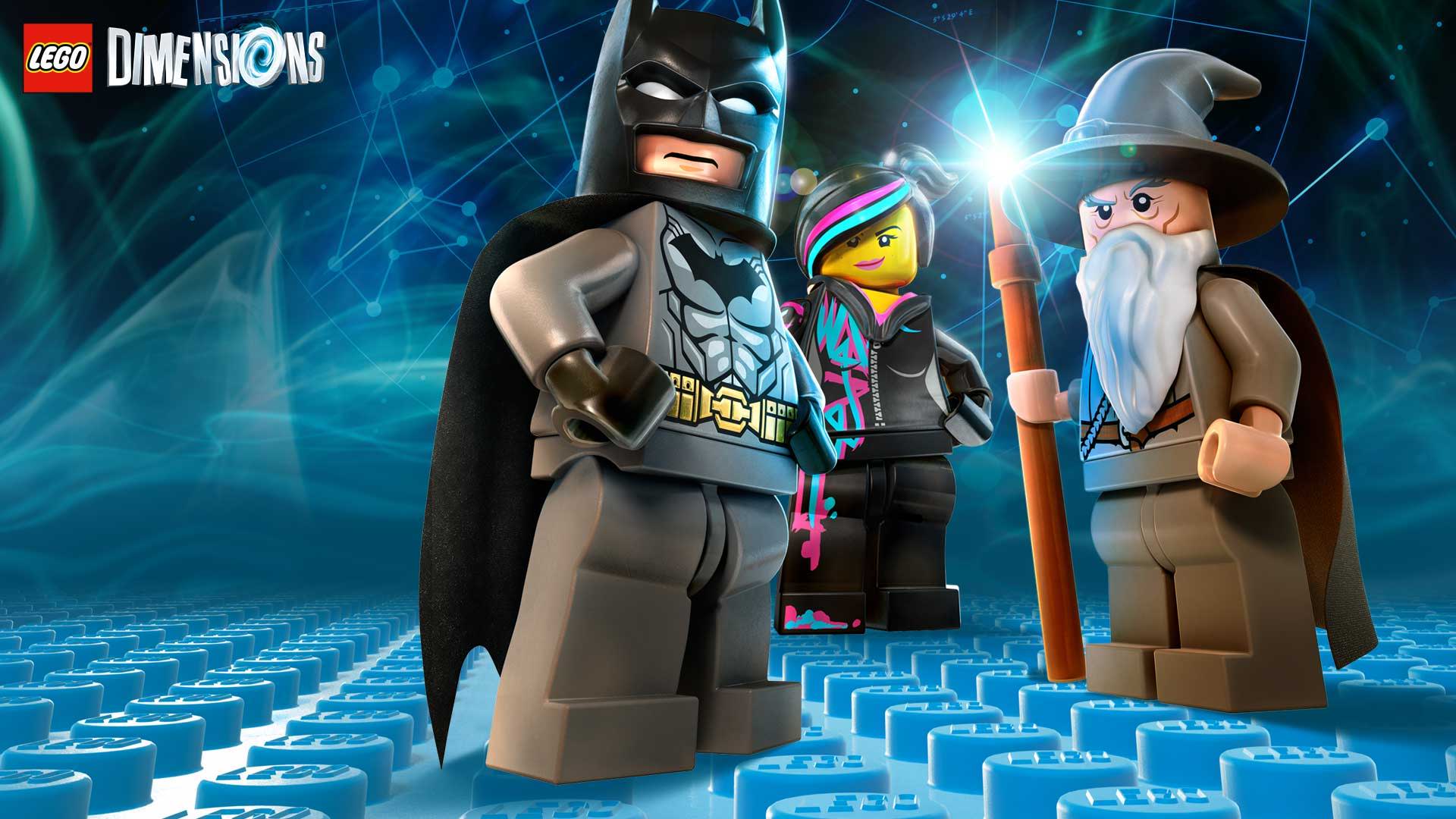 The game is made available on 5 platforms: Wii U, PlayStation 3, PlayStation 4, Xbox 360, and Xbox One. In the first week of release, the game made it to the second spot of top sales in the UK.

LEGO Star Wars: The Complete Saga was released in 2007 and has enjoyed massive sales globally. Developed by Traveller's Tales and published by Lucas Arts, the game is a combination of the LEGO Star Wars video game and its following episode, LEGO Star Wars II: The Original Trilogy.

As part of the success of the game, it was ranked the fourth highest-selling video game on the Wii in April 2009. And as of May 2009, about 3.5 million copies had already been sold. The game is also available on other platforms including Android, iOS, PS 4, Microsoft Windows, Nintendo DS, OS X, PlayStation 3, Xbox 360 and Xbox One.

In the number one position of the best selling LEGO video games of all time is LEGO Marvel Super Heroes. This was made known by Warner Bros. Interactive Entertainment president, David Haddad. 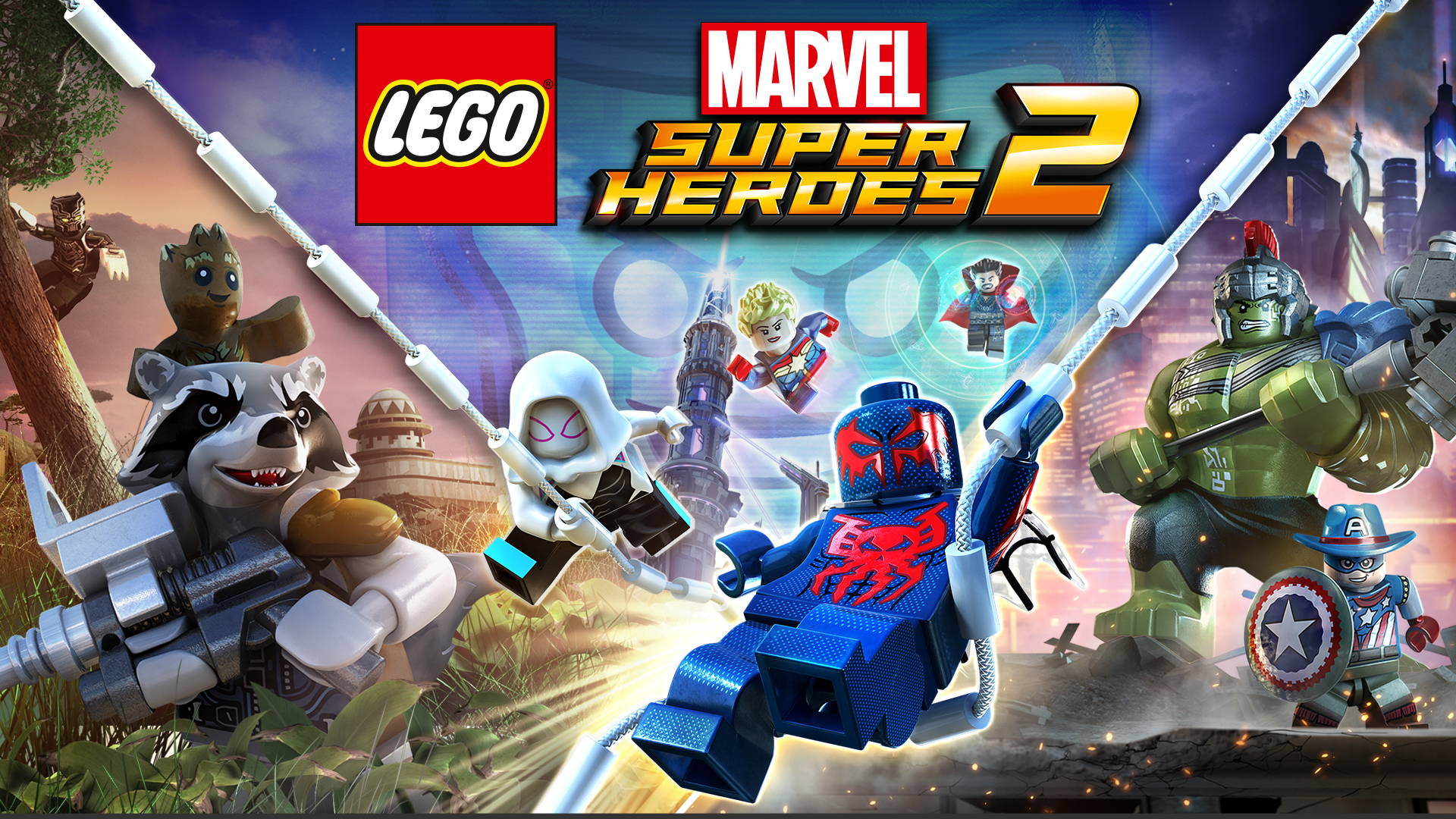 For many reasons, one could tell from the beginning that this game has all it takes to rise to the top of the LEGO video games series list. The first release was made on 22 October 2013 and the last was on 8 May 2014. With over 150 characters in total, the game features the best and most loved Marvel characters like Iron Man, Captain America, Spider-Man, Hulk, Ant-Man, Black Panther, Wolverine, and many more.