As a fan of LEGO and Minifigures, I won't be caught dead clueless about what is going on concerning them. Last year, LEGO decided to ensure that a lot of fans were embracing the LEGO Build-a-Minifigure idea. This can be seen in a lot of LEGO Stores, as well as Legoland. To do this, they started adding exclusive parts to it. This strategy has got a lot of fans, including me, to make use of the build-a-Minifigure station. Who would blame us?

In this station, we had access to brand new variants in different hues, Minifigures, as well as prints.

This made the Build-a-Minifigure idea seem intriguing. As a result of these changes, I frequent LEGO stores close to me. I have even taken some recent trips to the Legoland Discovery Centre.

If you head to the Legoland Discovery center closest to you, there is a great chance that you will see exclusive parts like those discussed below. 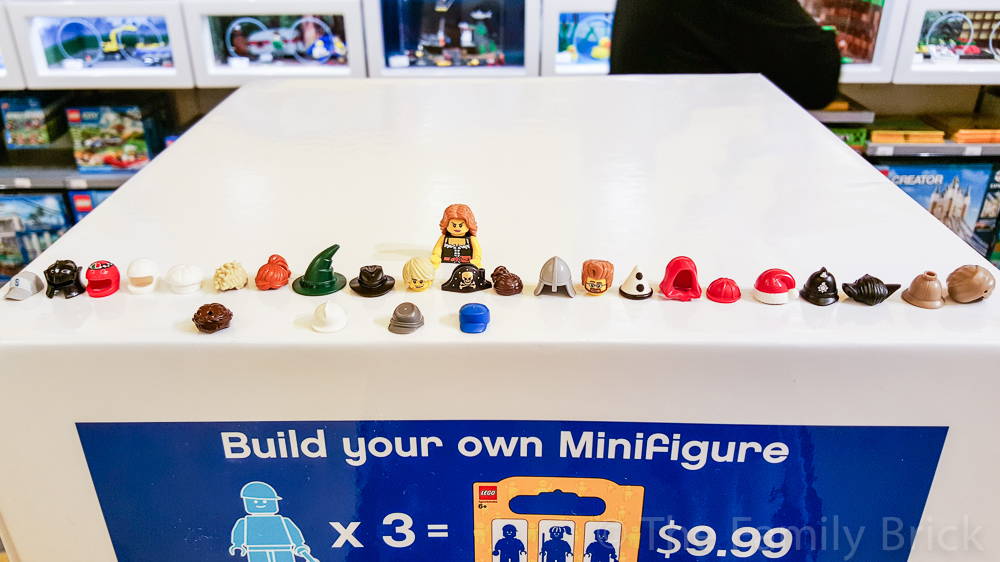 If you have done what I have done, you must have seen a Minifigure that screams of love, the Elephant Minifigure. We expect that it will be released into the market by February 14. You will also see the Chocolate Easter Bunny, Pink Bumblebee headgear, and so on.

It is no news that we love our sets and can do anything to ensure that they are in top quality. We take care of them, clean them and ensure they are not dented. Have you taken a walk to the home of a LEGO collector to stare at their sets, mini-figures, busts, parts, and bricks? There is a great chance that you will be amazed at what you see.

For Adult Fan of LEGO-like myself, I take great pride in ensuring that my sets are in top-notch quality. For those who have kids that have Lego, you will know the importance of arranging them to ensure that you do not step on them. Stepping on a LEGO brick gives off serious pain. Are you tired of bumping into Legos that your kids keep on the floor? Do you have a clumsy roommate that keeps on bumping into your coupled together sets? You can use a lighting brick to let them know that the sets and Minifigures are there. After coupling a set together, and we see it crashing to individual bricks in our present, it can be annoying. It is a different case if we did it ourselves to allow us to build it again.

When it is done by someone else, it can be all shades of annoying, especially when the set is one with a lot of bricks. If you have coupled a set that has a lot of bricks and parts together, you will know that it takes a lot of time and skills to do this. You have to go through the instruction manual and even stream the building process online.

To stop you from getting annoyed with a clumsy roommate or kid, it won't be a bad idea to let them know that the bricks are there when you decorate the set with a customized lighting brick. Talk to us today.

What are you waiting for? Head to your local LEGO store or Legoland, and have a glance of new sets, minifigures, parts and so on that are yet to be released.