Welcome to this Lego article once again. We’re happy and very glad you’re here. We all know that Rome was not created in a single day. So don’t expect you can simply assemble this Coliseum in a day. 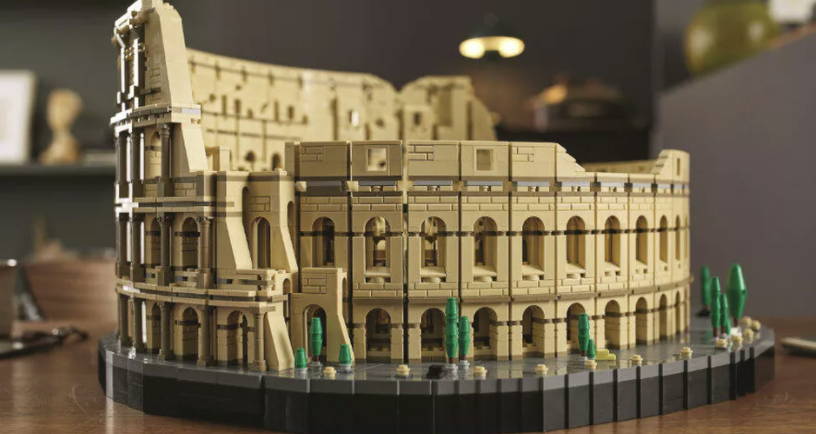 This Coliseum is one of the largest sets to ever have been created by the Lego group. It is a recreation of the most famous landmark in Rome. It has about nine thousand and thirty-six pieces. It is a brand new set that can be purchased for a retail price of 549.99 dollars.

This breaks the former world record of seven thousand five hundred pieces. That was held by the Millennium Falcon from Star Wars. From the 27th of November, this would be available. This Lego set has a rest on a base that is oval in color. It stands about 10.5 inches tall, for its width we’ve got 20.5 inches and 23.5 inches deep.

This version of the Coliseum truly is gotten and inspired by the original structure from Rome. This has about three different levels made up of Corinthian, Ionic, and Doric columns.

The art was designed and created by Zgalin Rok Kobe. It was a very difficult challenge and the general idea was to make sure the Coliseum’s monumentality was fully conveyed. He didn’t want to design and create something that wouldn’t be fitting to be called the Coliseum from Rome.

The Lego model displayed some serious properties from the original it was recreated from. The columns and the rows flank the arches in more than one style. For this to have been achieved, the model was constructed using a vertical exaggeration effect. This cross-section is way steeper than that gotten from the original structure. Luckily different people would gain inspiration to understand more from the original through experiencing what the Lego version has.

Very important members that would purchase the Coliseum from Black Cyber Friday Monday Weekend would get a Roman Limited Edition Chariot. As reported by Toy News.

Being the larger Toy Lego set ever and having more pieces than one has ever counted. Because of this, Lego has set its retail price for almost 550 dollars. Let's not forget this has destroyed the record of the previous set that had pieces of 7500. At the end of November, you can get this Lego set. 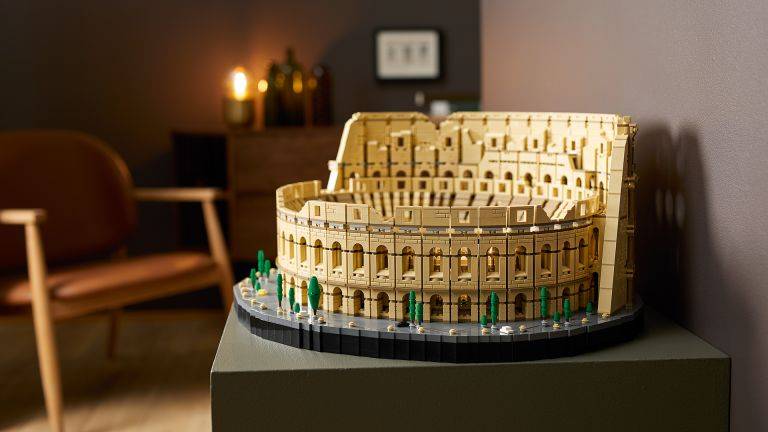 Using this Lego set, you get to enjoy the Coliseum from the Romans. You can settle down, use all the free time in your hands or you could start assembling this set at the free times you've got. But as you do so remember, you can't keep the already beginning part of this Lego set around. Make sure you don't do this, especially if you've got kids around.

If you do this and they come and mess up all the arrangements and organizations you have done, you would be sorry for yourself. Imagine trying to fix this Lego set for almost a day, and then one of your kids or toddlers finds out what you're trying to build and then they mess it out of spite or for fun.

I hope you don’t get to understand all of this and you create and enjoy this Lego set.

You can organize and assemble this Lego set in your living room. This is for both history fans and Lego fans. You would enjoy having this masterpiece sitting nowhere but your sitting room. Imagine if the visitors and guests come in. And they see it. You and your guests would spend the entire day talking about how awesome this great brand new Lego set is.

We all can't wait for the 27th of November for us to lay our hands on this new Lego set. You would enjoy the presence of this Lego set because it has wiped out the former Lego Star Wars Millennium Falcon off the charts. This Lego set is 23.5 inches deep, twenty point five inches wide, and 10.5 inches high.

Having a beautiful stadium that features a great recreation of about three different Coliseum stories. They are all made nice using Corinthian, ionic and Doric columns. These columns would be recreated faithfully using Lego brick forms. These include a variety of building techniques that includes decorative volutes that have been made using a very nice Lego roller skate element that has gotten turned upside down to get a look that is authentic and nice.

Imagine being challenged to convert the monumentally of the Coliseum into a Lego set. Like how would one start with the designing process? And architecture. Knowing where to put which bricks and the entire process. That must have been very difficult. You can imagine the problems that would have been gotten by the designers of this Lego set. They tried and they are doing so well with the results.

What is Vertical Exaggeration? As used in this Lego Set

This refers to the process with which this epic Lego set was created. It is the creation of a model using a cross-sectional pattern which is way steeper than the original structure. So one wouldn't be able to tell the difference. This would also teach people about the original model. 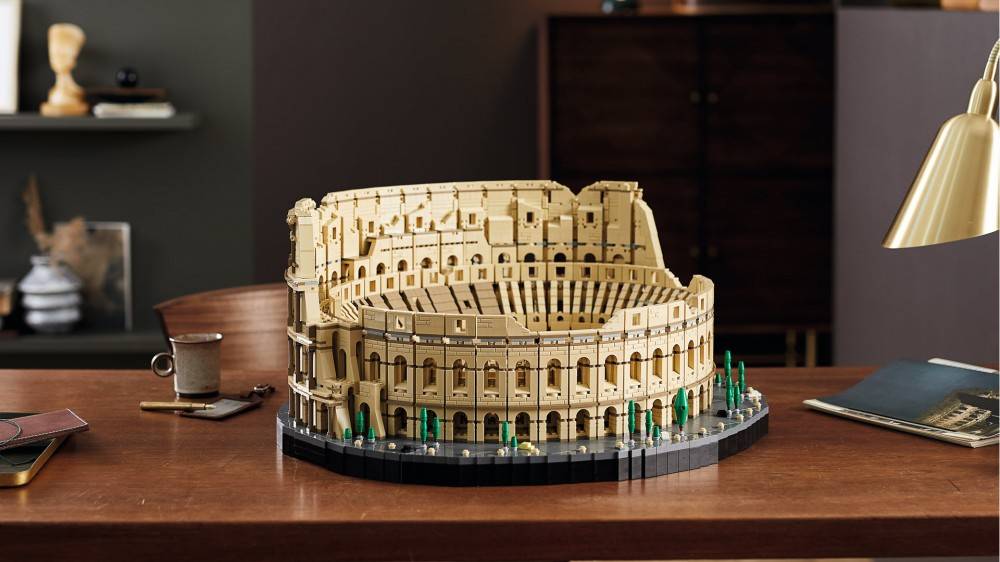 Launching on Black Friday, the 27th of November, for about Five Hundred and Fifty dollars from

Lego.comand all available Lego stores. I'm sure you'll meet a queue with people happily waiting for this legit Lego set to hit the market. Lego VIP members can get exclusive and purchase this that day. Well if you do, you would quickly get a limited edition present with a Roman Chariot. All of these would be with love displayed by the side of the Coliseum.

So I can't wait to get my hands on this Lego set. I mean nine thousand and thirty-six pieces. Whoa, where do I want to begin? The instructions for this Lego set had better be available or there's going to be some problems. Haha. But still. I’m glad we now finally have a Lego set that has beaten the hell out of the Lego Star Wars Falcon. Other people know this as simply the Falcon. This Lego set would for sure take a long time to complete building. And that’s okay. You’re creating an entire coliseum of Rome after all.

You and all your Lego mini-figures are about to go on very serious epic adventures with gladiatorial combat and chariot races. Before you all can do this though, you need to assemble your Lego set before this can occur.

If you are a fan of either Lego, history, or architecture, then this is the Lego set for you. There's a lot, like a whole lot for you to enjoy, admire and watch. This great Lego set has great stories that we can't learn to find out from the night this Lego set would get unveiled. 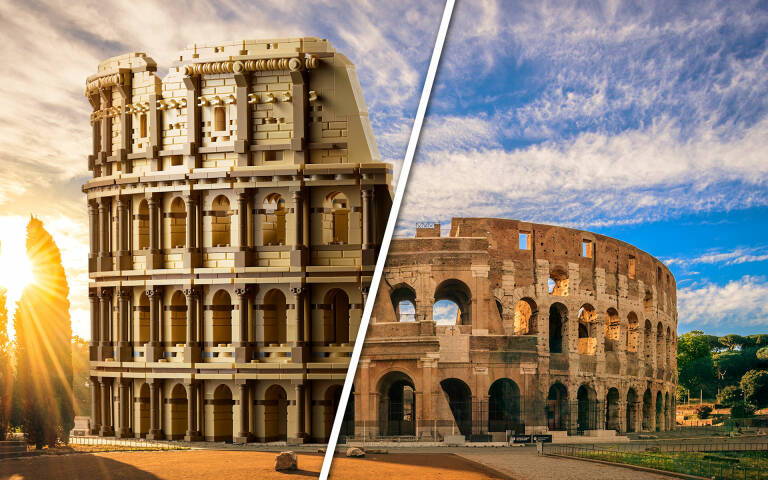 When the Lego group was trying to create this Lego set, it was quite difficult but luckily, they were able to pull through. It has about three different shades of brick colors which give it a great looking view. Lego settled down to count the ribs one after the other. This adds to how spectacular this Lego Coliseum is altogether. There are about eighty of them. After you've completed them, this Lego Set Would be quite high, quite long, and quite wide.

Luckily, people would want to learn about the ancient city of Rome after organizing and arranging this Lego set. This brick ambiguous Legoset for young ones aged eighteen and above can be gotten from Lego.com from the 27th of November that’s in the United States known as black Friday. Can be gotten for AU$750 and £450. For United States Citizens, if you have not gotten the price from earlier, the price of this Lego set from the 27th of November 2020. For this Lego set to look great, you need to create your own Crowe Russell mini-figure.

I’ve loved the Lego group and the Lego world and everything for a very long time. From when I was growing up, I always fantasized about having a lot of Lego sets and Lego toys. Like this Roman Lego Coliseum. I cannot wait for the 27th of November. I’ll be going to the website and some of us could even stroll to a Lego retail shop. Luckily there is one close by. We would just go, join all the other people waiting for the set to be released and we would be talking about it's the design and all the mini figures you could put inside.