For Potterheads that are lovers of LEGO, the LEGO Hogwarts Castle 71043 set is one set that you should consider trying out, as it is true to details and an exciting build. You won't want to stop when you begin. 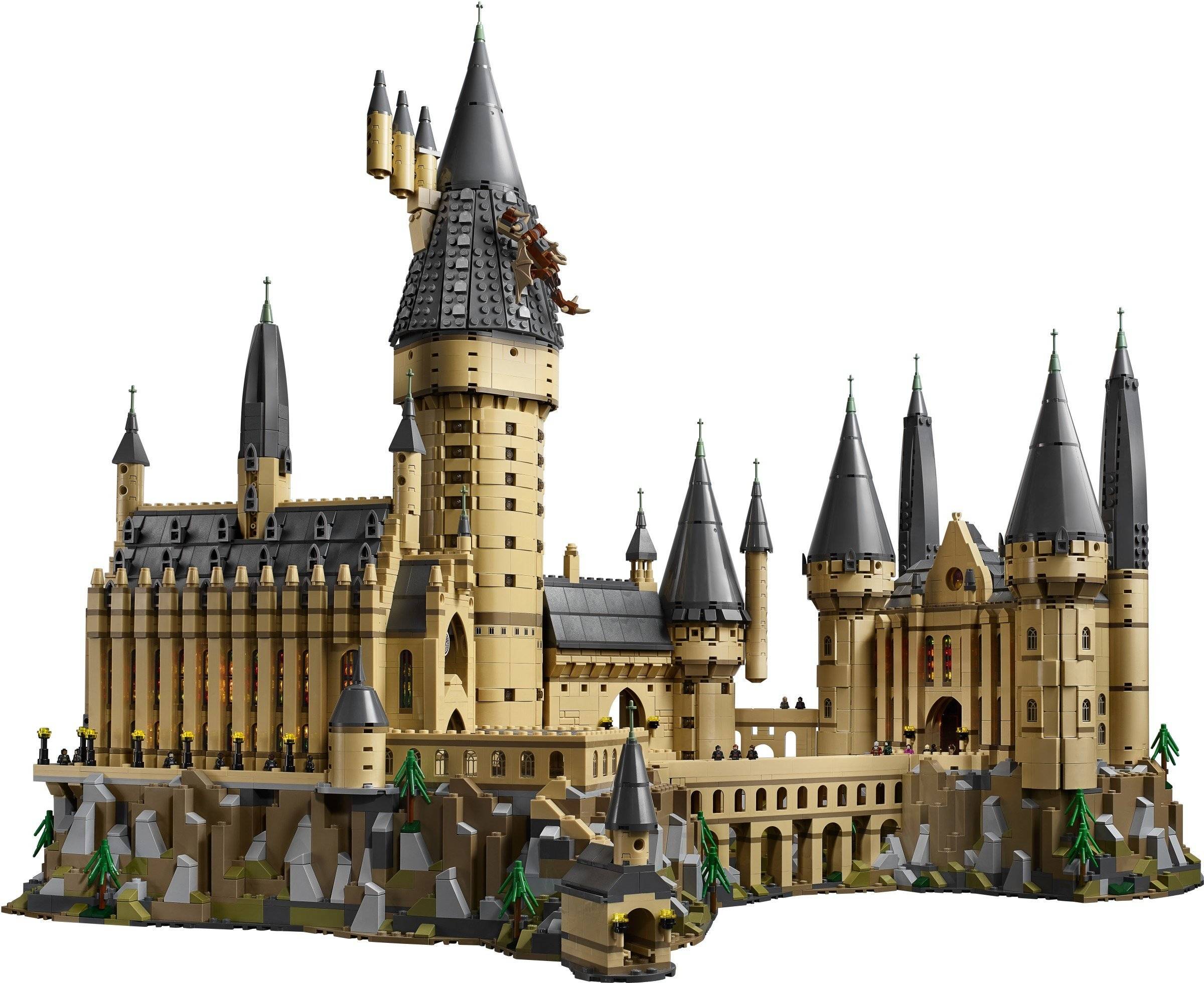 The LEGO Hogwarts Castle 71043 is the perfect one for lovers of LEGO and Harry Potter series. This huge building comes with different parts including Hogwarts Castle that is around 22" or 58cm high, 27" or 69cm wide, as well as 16" or 43cm deep.

When you open it, you will see thirty-two microfigures that have statues, professors, students, as well as Dementors.

One would have thought that since they are tiny that they won't be detailed, but that is not the case. They are realistic, not binding their sizes. 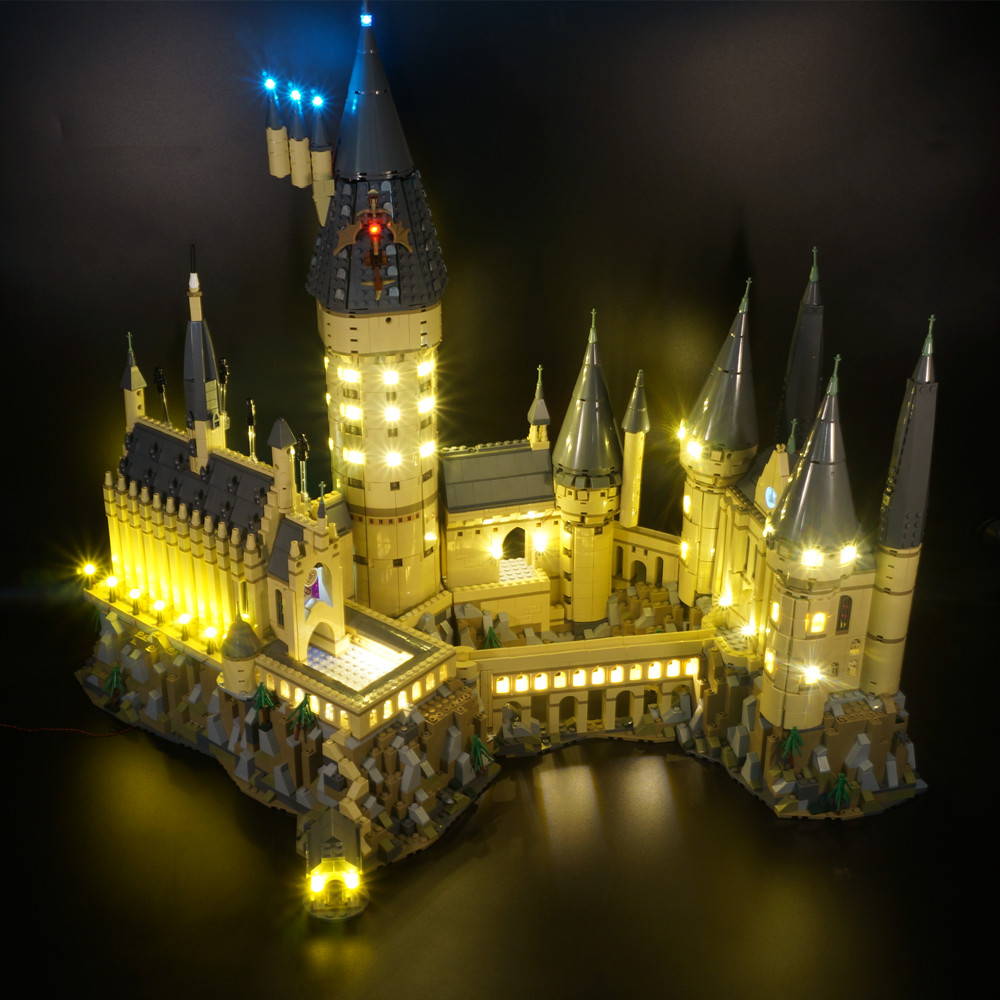 When you look at the LEGO Harry Potter Hogwarts Castle, you will not be that it is large and has the basics of its iconic design. Its choice of microscale is one of the best things that it did.

When you stare at it, you will easily notice the towers, steeples, as well as eye-popping sections like Great Hall.

The front of the Hogwarts Castle is delightful to the eyes. The back comes with exposed interiors that will make every lover of Harry Potter happy. 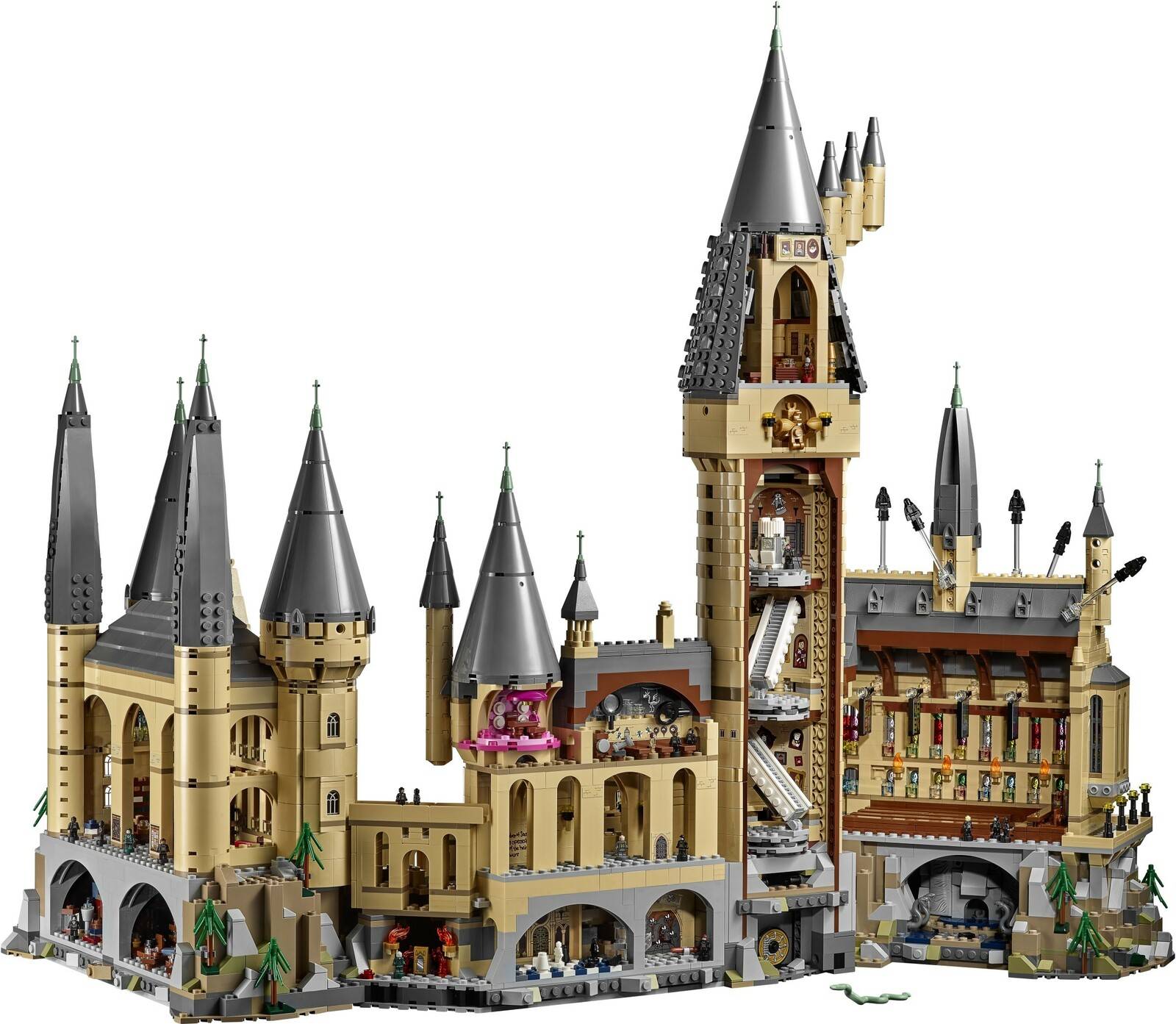 The interior of the LEGO Hogwarts Castle 71043 tastefully incorporates every book in the Harry Potter series.

You can see a scene of the Great Hall in book 1 in the castle, the part where the Sorting Ceremony is done. It has floating candles, stained glass windows, as well as house banners.

In Book 1- Harry Potter and the Philosopher’s Stone, you will also notice the Chessboard Chamber. There, the three friends were known to play the supersized Wizard Chess. This chess guided the Philosopher's Stone.

You will see a lot of things that remind you of the Philospher Stone like a broomstick and so on.You will also see the Mirror of Erised in Book 1.

In Book 2- Harry Potter and the Chamber of Secrets, you will see the Whomping Willow, as well as the Hagrid’s Hut in it.

If the LEGO Hogwarts Castle 71043 didn't have the Chamber of Secrets in Book 2, we would have scoffed, but LEGO had to impress us, as well as other fans and Potterheads. It completed it with erecting a massive Basilisk. 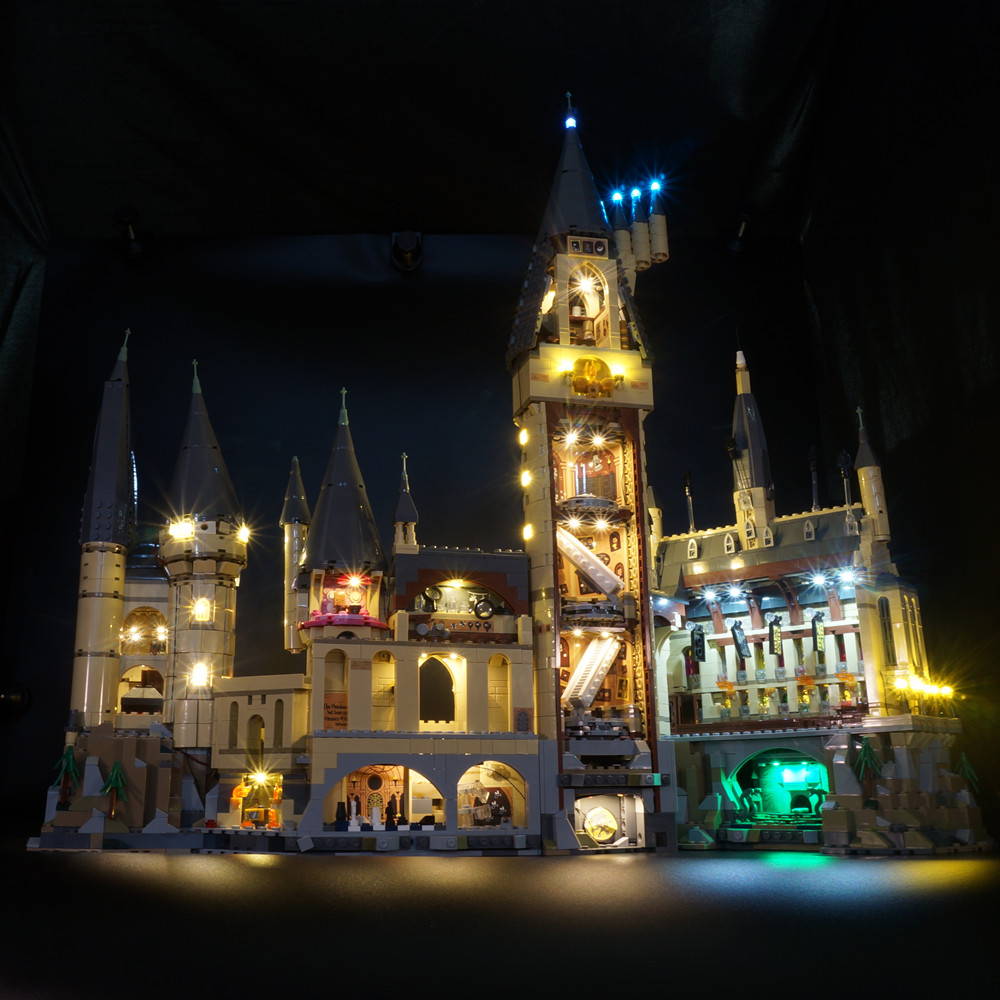 To show the Prisoner of Azkaban, you will see the Defence Against the Dark Arts classroom, and it has the Boggart. You will sew a range of Dementors around the Hogwarts Castle, which reminds us of Books 3 and 7.

In Book 4, we can see the brick-built Hungarian Horntail, which LEGO tastefully incorporated. You will see it on a Hogwarts Tower. A lot of Potterheads were impressed when they saw the Room of Requirement. Many Potterheads dread Umbridge in the series, and her office was captured in this building. She is one fiction character that a lot of Potterheads won't mind killing.

You will also see things like the library, Gryffindor Common Room, shifting staircase, and other familiar haunts.

LEGO tried to incorporate as many details as possible, and we are impressed. To spice up the set, you will also see the founders of Hogwarts founders in their minifigure form. There are four minifigures of them and they are: Helga Hufflepuff, Tormund Giantsbane,Godric Gryffindor, Rowena Ravenclaw, and Salazar Slytherin.

The above wizards and witches were seen as the best to have ever lived in the world of Potter series. 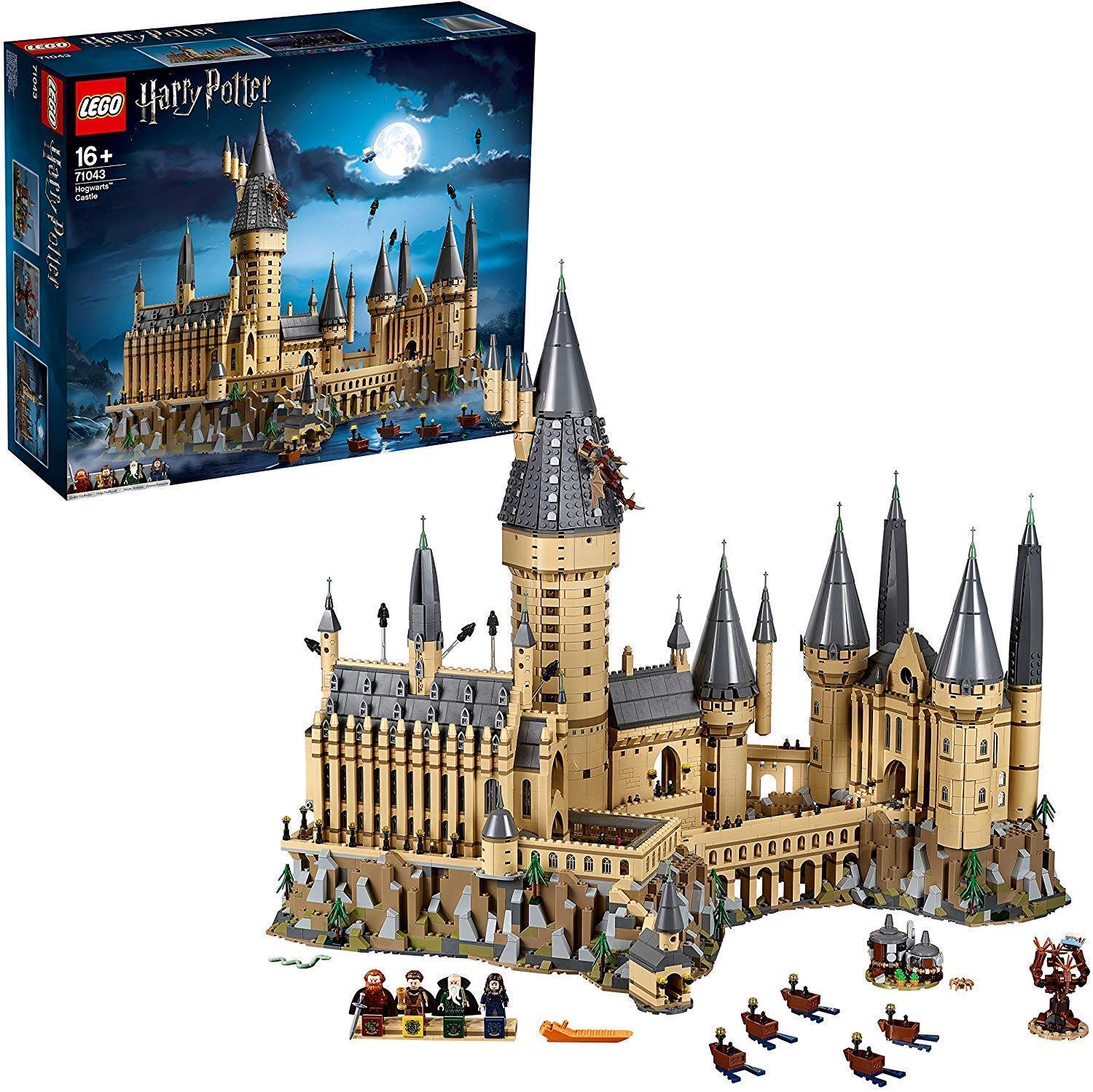 The LEGO Hogwarts Castle 71043 comes with four guideline booklets. In the previous models of the Ultimate Collection Series, you would notice a big guideline booklet. Now, they decided to create a separate one, and they have from 106 to 194 vibrant pages.

We love how the pages are bright, thereby preventing us from being bored when reading and building the LEGO Hogwarts Castle 71043. 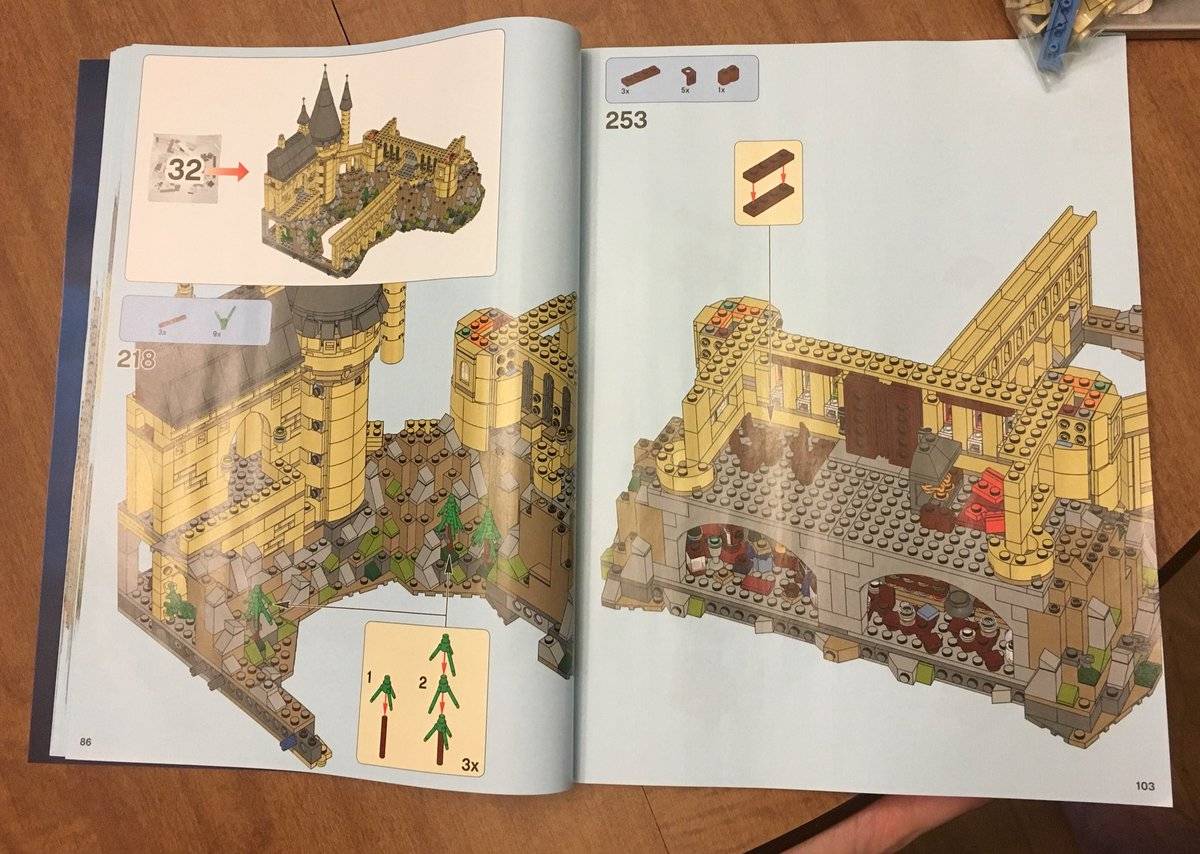 To ensure that the guidelines booklet, as well as the sticker sheet, are safe, they are kept in an artistic package.

When you look at the booklet guideline, you will notice the detailed picture of what is to be created.

You can get then add the details by making use of the different sizes and hues of slopes there. This makes it seem that it is thoroughly built up not binding that it is not.

This design both combines simplicity and complexity, and it permits a number of details to beautify the look of the rock face, while it is still strong.

You have to be careful while building this, as different parts look similar, and you may make the mistake of using the parts where they are not meant to be.

To understand how to create this LEGO set, it won't be a bad idea to watch YouTube videos because there are a lot of details that you have to consider. It will make the process easier. For someone that wants a challenging build, this LEGO set can help.