Best LEGO builder in the world

Now that the holiday season has come to an end, there is a high probability that you unwrapped a LEGO set or maybe someone close to you did. 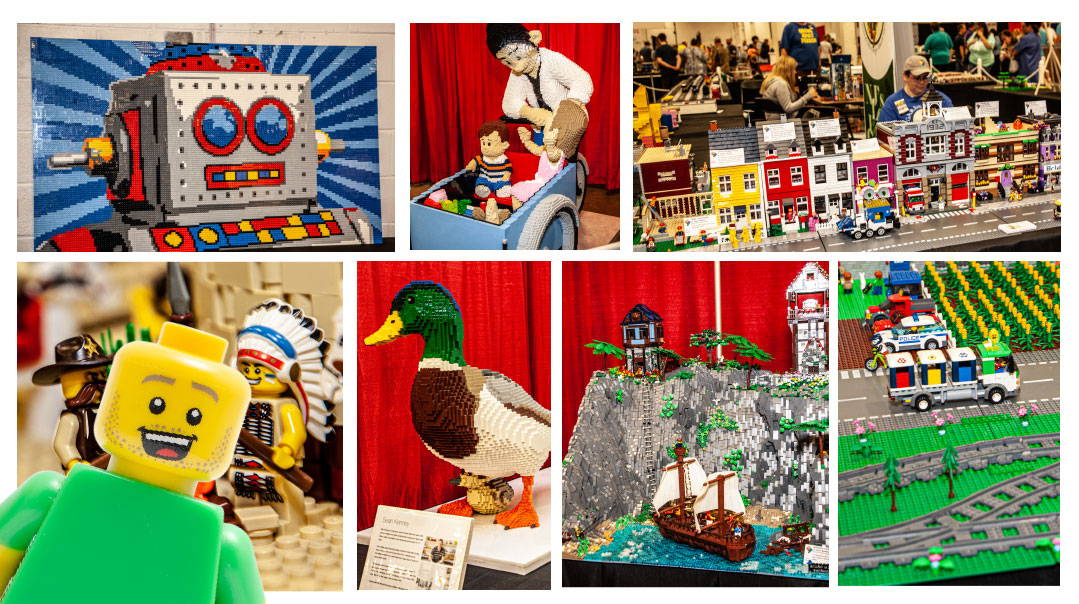 When the company started in 1934 in Billund, Denmark, no one knew that it would get to this height that it is today. LEGO is a multi-billion-dollar company that caters to clients from all over the world.

Currently, the company had a lot of fans and has urged them to be creative. With these bricks, they can create whatever they want.

This is why we keep on seeing magnificent builds popping up on the internet. Have you ever asked yourself what the best LEGO builder in the world is? If you have, there is a great chance that you will fancy the list below.

Are you surprised? Are you wondering if one can create any functional item from the internet? If you are, you are in luck. Do you know that a lot of functional objects have been created from bricks? One of them is a functional car. With this best LEGO builder in the world, you can truly conquer the road.

Normally, what you see are tiny LEGO cars and kits, but the builders of this one decided to think outside the box. They decided to make a fully functioning LEGO car.

This was made with LEGO bricks that operate on compressed air. It has a 256 pistons engine.

Though you can travel at 20 kph or 18.6 mph, it is important to note that this car isn't designed for races. In the future, we may come across those. 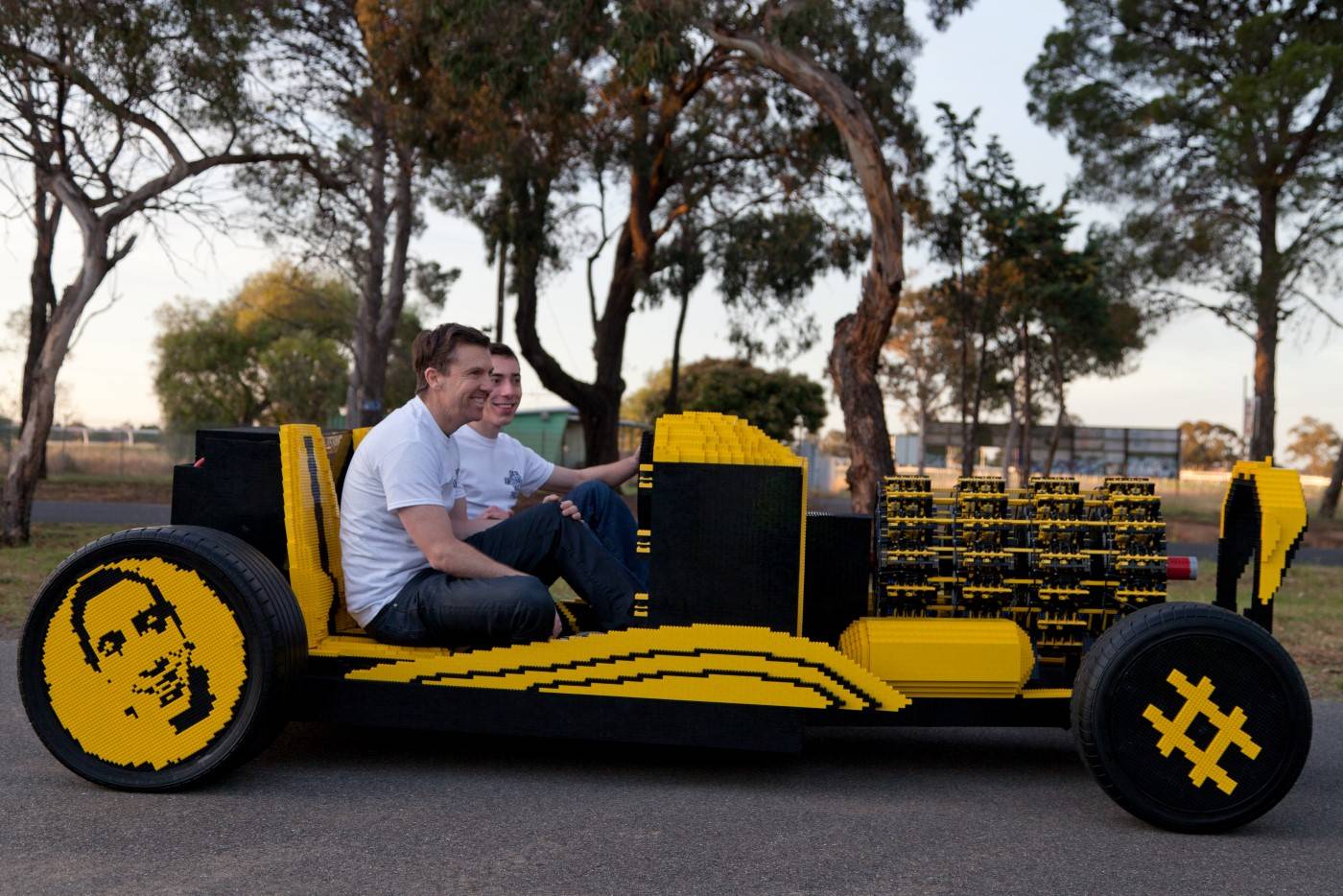 In the nearest future, I am hoping that we would able to have a number of LEGO cars on the road. We could even have LEGO car races, where people would battle it out on the tracks for whose car would take the first position. I have always fancied the thoughts of gliding through the road with such a car, waiting for the traffic light to turn red or waving at friends while I slow down. I have always fancied the thoughts of taking such a car for a road trip, while we stare at Mother Nature around us. It won't be a bad idea if an RV was made with such bricks, allowing us to enjoy the world without stress. Maybe in the future, we would have some creative creators putting together a life-sized and functional train with just bricks. I can't wait for that day.

For those of us that grew up in Christian homes with bibles, we were told that the tallest tower is the Tower of Babel. This is a feat that a lot of builders have been trying to conquer. There have been many attempts by creative builders to create such with a pile of bricks.

When it comes to building the tallest LEGO tower, there are currently different teams from different parts of the world, trying to win this title. Regularly, we see new teams beating the previous records. We are sure that this competition won't end until probably the end of time.

If you fall under those that are trying to clinch this prestigious title, then you have your work cut out for you. You will need to bear the Italian LEGO group's 35 meters LEGO tower. This tower came into existence in 2015, and when it was done, we had no choice but to marvel at how great it was. 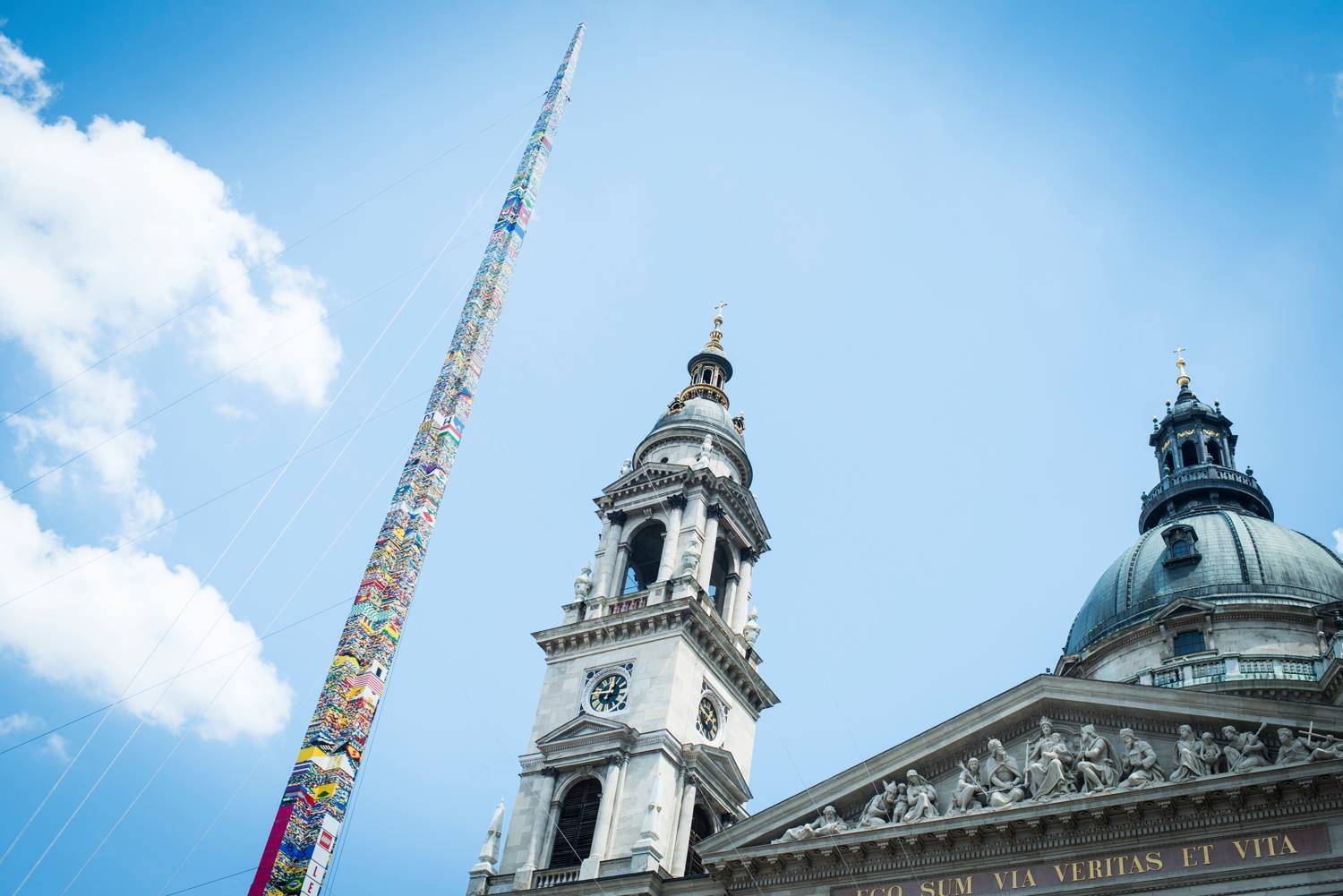 Well, that record was shattered by the tower made by Legoland, a creative German theme park. They ended up beating this record by merely half a meter.

We are hoping that as time goes on, we will come across a Tower that will shoot up into space, and probably invite the aliens down for dinner.

It won't be a bad idea if we could live in such a tower, and probably have an elevator that allows us to move effortlessly from the top to the bottom.

Do you belong to those that have always fancied the idea of being involved in the 3D printer hype? Instead of heading to the store to purchase one, a creative builder called Arthur Sacek to create his own right from the beginning.

The great news is that it is functional. The LEGO printer can print any kind of model you want from a block of foam without stress. When it comes to creativity, this best LEGO builder in the world is intriguing. 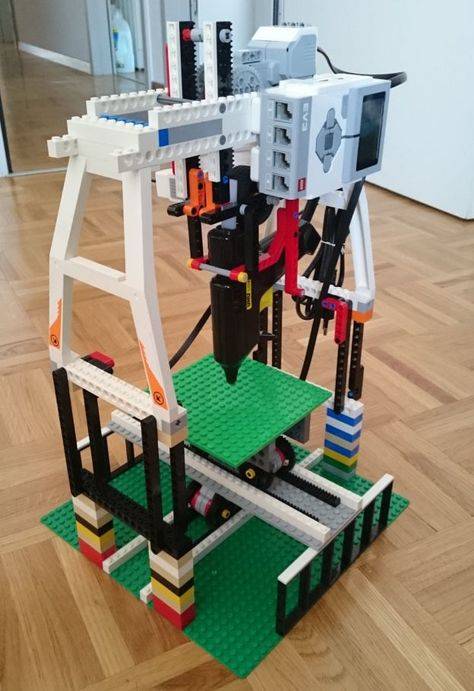 Now, many fans are creating awesome LEGO 3D printers that are capable of printing to a large extent. We have also printers that are able to churn out mini designs with LEGO. In the future, we may not have to buy these printers in the store, we could merely couple them together, or can we?

There is a great chance that as a kid, you loved the Star Wars X wing. Well, I did. Anything that had Star Wars on it interested me, forcing me to want to enlist for Star Wars as a kid. Well, I learned the hard way that Star Wars is a show and not reality.

The LEGO builders team was able to create a big life-size X wing fighter by utilizing canon sources, as well as dimensions. I wish I was present at its creation, I wouldn't have mind shrinking my size to that of ant man to get inside and get a feel. The sight was out of this world when they were done. 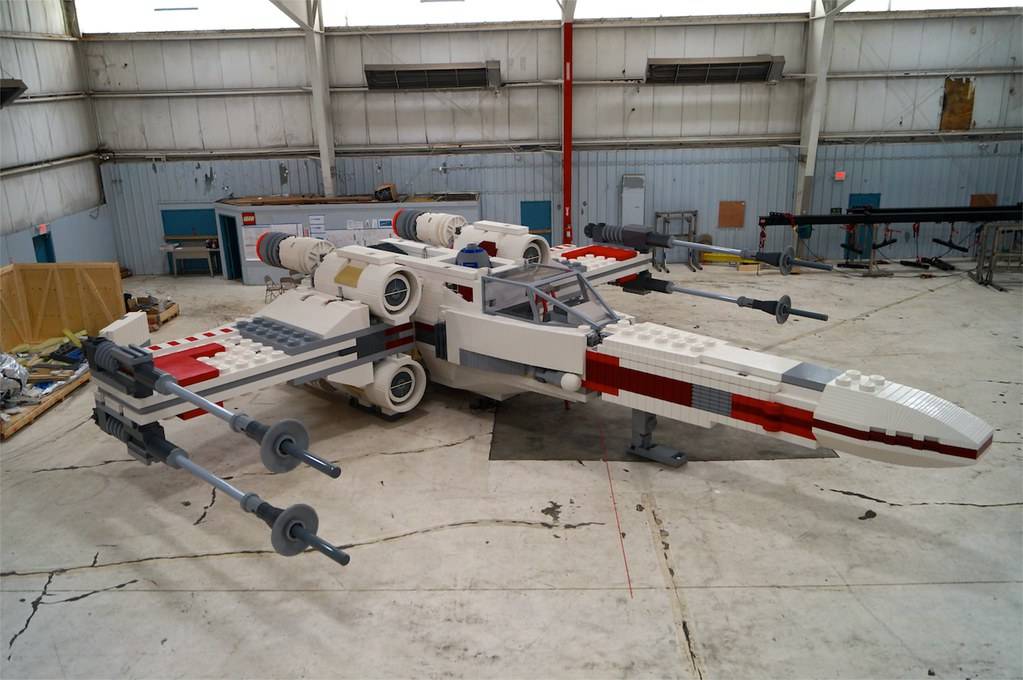 It was made to be 42 times bigger than the commercial X-wing model that can be bought off the shelf. To complete this, the creators spent over four months. When they were done, it was weighing around 45,000 pounds.

Maybe we would be able to fly into space with this in the future and get to see other planets. Who knows we may stumble on some aliens eating dinner or spying on earth? Maybe the SciFi movies may no longer seem ethereal.

When it comes to roller coasters, I can't get enough of them. You could toss me into a park that had different rides, and my attention would always be with the roller coaster. This magnificent ride was shrunk down to create a LEGO model. It was life-size, but it had everything that a roller coaster had, from the shape to the thrills. If I were the size of ant-man, I would have ridden this LEGO rollercoaster to oblivion.

It was made by Adam Tucker, and we are thankful that it possesses every feature that you will see in a real one.

We are hoping that in the future that we will be able to see a life-sized LEGO coaster, and probably ride one. If they do, I will always be there, never wanting to leave unless I am chased away.

This is another life-sized car that was created by wonderful creators. In this case, this car was made by LEGO itself. Yes, you read that right.

If you have fancied the thoughts of being inside the Bugatti Chiron, would you love to try out this type?

It can be driven about and is the same size as the real Bugatti Chiron. Like mentioned earlier, it was made by the LEGO Technic theme, and it took about sixteen experts and 13,000 man-hours before it was created. This car possesses 2,304 LEGO Power Functions motors, 4,032 Lego Technic gear wheels, as well as 2,016 LEGO Technic Cross axles. When they were done, the car weighed 1,500 kg. The car possesses 5.3 HP. You may not win car races, but it is an awesome ride.

Imagine pulling up on a date with this car, there is a great chance that you will get a lot of stares.

We all know that Legos are sturdy. Have you ever wondered how a house would turn out if you built it with those bricks? Well, James May of Top Gear decided to find out.

Have you stumbled on the Modular buildings? There is a great chance that you fell in love with them, and wanted to display them for the whole world to see. 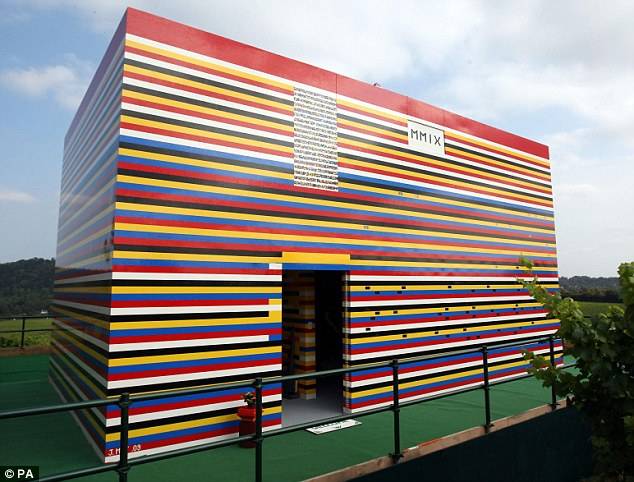 The big LEGO home has a great appearance, and you can live in it. This took a lot of fans to build. If allowed, I won't mind moving in and taking all my sets with me, while displaying them for the world to see it. I hope that one day we will be able to live in one of the modular buildings that we created. When I mean live, I mean do everything that we do in a regular house, right there. I could eat by the table, listen to jazz by the fire, or even take a dump in the toilet.

We all hope and wait for the zombie apocalypse to come upon us. Well, I wait for that. It may not be far from the fact that I love watching zombie movies. Leave me in a room that has a TV linked to Netflix with excessive zombie movies, and there is a great chance that I won't come up for air, food, water or the bathroom for long hours. You may be the one to come save me from the obsession.

Let's say that the time is upon us, and you have only bricks around you, you could create the perfect gun to battle it out with these brainless organisms.

Jack Streat is one man that created the perfect gun by using bricks. At the end of the day, he had churned out an HK 45 UMP submachine gun. 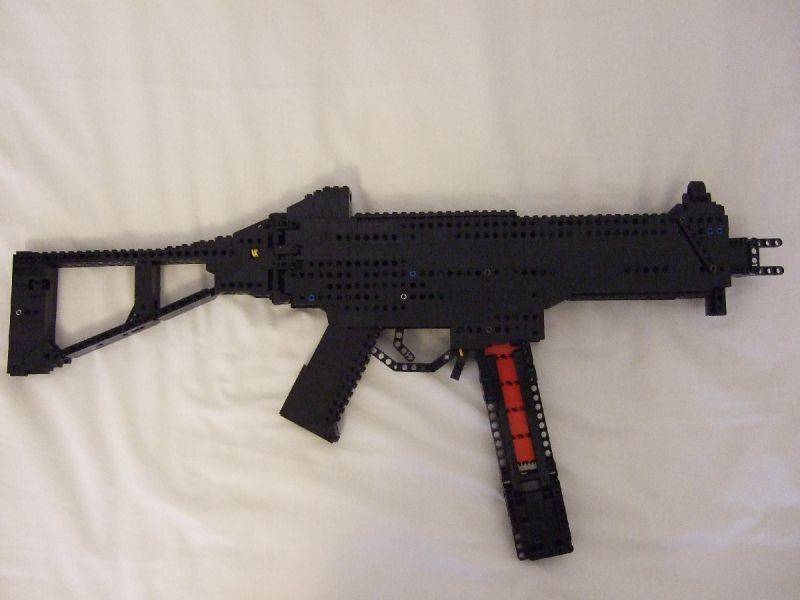 In this case, the gun is able to shoot bricks and not bullets. If you have touched, played or created anything with bricks, you know that someone shooting them at you may be torture. Would it be more torturous than a bullet? That question is meant for you to answer.

When it comes to art, can I say that they are the best things that happened to mankind? They are comforting and can leave you at peace with yourself.

Now, these bricks aren't meant for solely engineering works. It is now common to see people use them to create art. Yes, you read that right.

A number of thought-provoking pieces of art have been made with these bricks, and one of them was created by Nathan Sawaya. He is a talented artist that had won multiple awards for his skills. 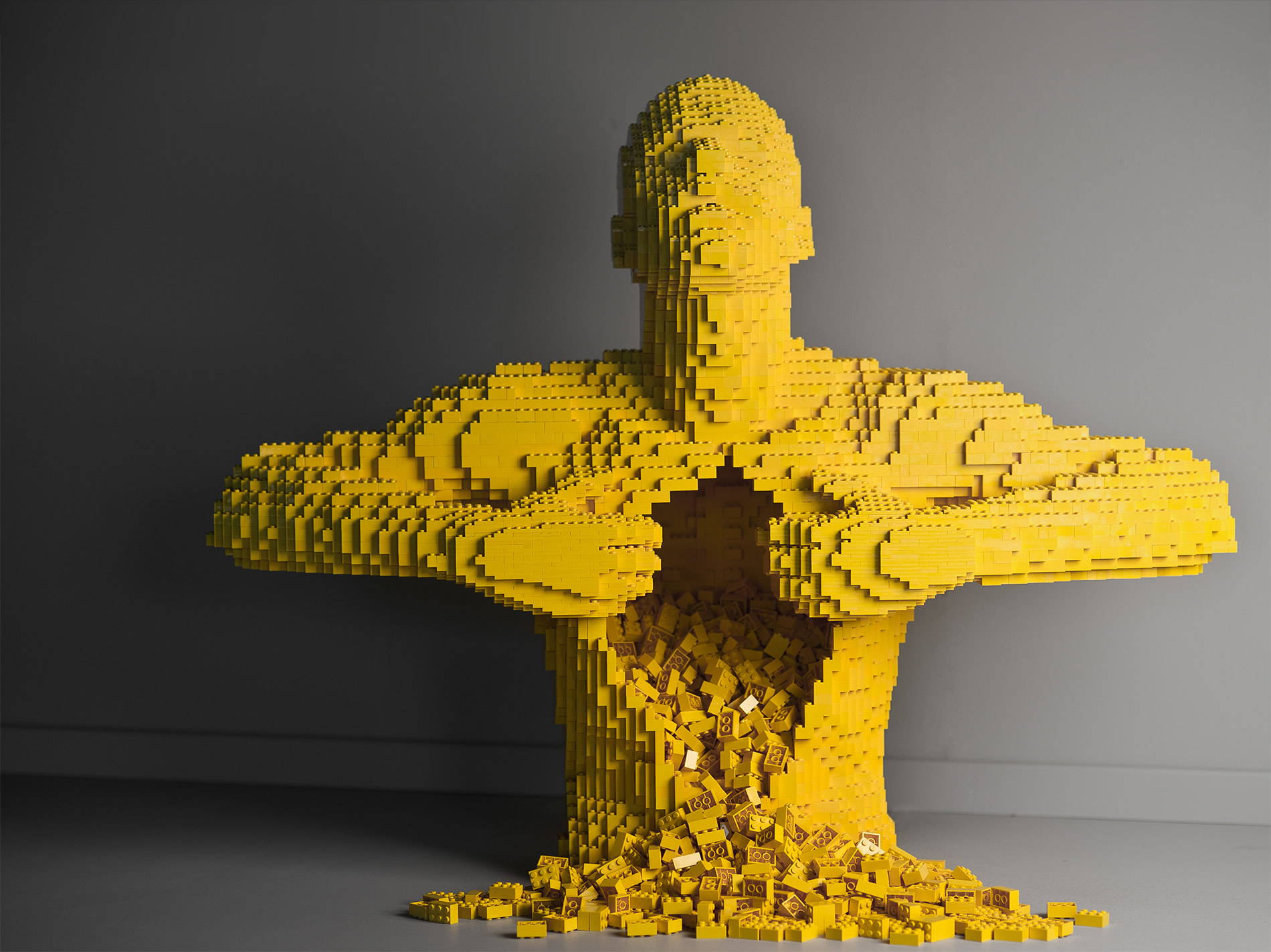 This artist has churned out awe-inspiring works that we're made solely from the bricks. These sculptures are life like and remind us of different aspects of the human form.

A lot of art enthusiasts can't get enough of his work, and this has given him the opportunity to speak at Google Zeitgeist, TEDx, Yahoo! and at the Clinton Library. When it comes to modern art legends, it would be wrong to name them and not add him.

Top Your Sets Up With Lights

Do you want to beautify your sets with lights? Do you want customized lights for your prestigious pieces? Talk to us today.