Are you ready to catch some fun and add life to your set sing special LEGO lights? Then, you should find your way to the station and board the LEGO Passenger Train 60197. While you are still on the journey to your dreamland, enjoy a snack from the café vehicle. It is now time to take a nap. But before that, just relax and watch how scenes are passing. When you hear the sound of the horn, know that it is time to be awake. The train has stopped, so you should come out and begin your next trip to LEGO City. The design of this piece is so cute because of the wonderful shade of yellow, what a sight to behold. Construct your very own train that rides around to the train station and back. You can build alone or with your friends. Take a tour with this marvelous piece to LEGO city, and make cutting-edge stories to make your playtime interesting. The details in this piece are extraordinary from the passengers riding to the train carriages just magnificent.

Get this model as a present it is a wonderful piece for both young and old, everyone loves the train. This piece can be a wonderful set of display for all to see. It makes the surrounding area more stunning than before. 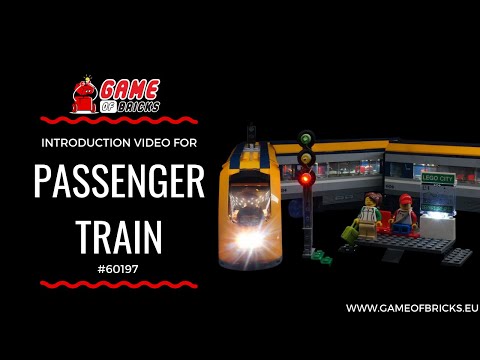 Please, do not forget that you can make your iconic LEGO Train look more appealing to the eyes with our amazing LEGO LED Lights that was strictly designed for it.