The illegal LEGO building techniques to pay attention to 2020

When you read the title of this article, youmay begin to wonder if there are really some LEGO policemen that will getsomeone arrested for illegally using some building methods. Well, it is not asdeep as that. AFOLs (Adult Fans of LEGO), always want to show their creativitywhenever they are about to build a LEGO set. Some people may call itrebelliousness. If you have ever tried to build a set and you notice that someof its pieces are missing, it can be very frustrating. The reason for producingLEGO bricks is for people to follow the guidelines and steps, and also try tobuild something similar that works.

What if you are building a set and some piecesare not going together or maybe some of them are missing (as LEGO is good atcreating sets that have thousands of small pieces)? If you are missing a fewpieces, then be prepared for your toy to malfunction. The worst is when you donot quickly realize that you are missing some pieces and you have almostcompleted your building, just to see that it is not working right. This willbreak your heart. But, remember that everything you find while building LEGO isfun.  So, when you realize late that youare missing some pieces, it is also the fun you should be expecting. Building aset requires enough time and it also has to do with trial and error. But, afteryou have successfully completed your building, you will feel satisfied as yousee the outcome of your effort. 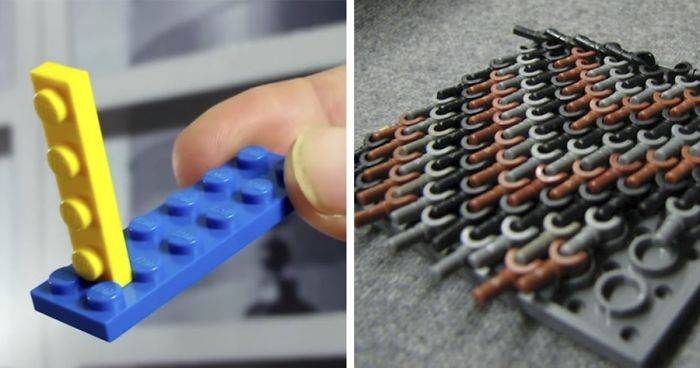 After all that has been said, you will stillfind a lot of LEGO fans always want to use different methods to build theirsets, even if it is not what the LEGO group intended. This act is common,especially, with the adult fans who love to try new ideas as well as to createnew things apart from what they were asked to create by LEGO. In fact, theircreativity has led them to discover new ways in which LEGO bricks can easily bejoined to build something that does not resemble the picture on its box. No onecan tell which new building methods the AFOLs or LEGO fans will discover soon,or the extent to which they can go. But, here comes a big question, why doesLEGO refer to these techniques as ‘illegal’? Let us discuss, in detail, what itmeans to build with illegal techniques. You may even be guilty of this withoutknowing what you are doing. 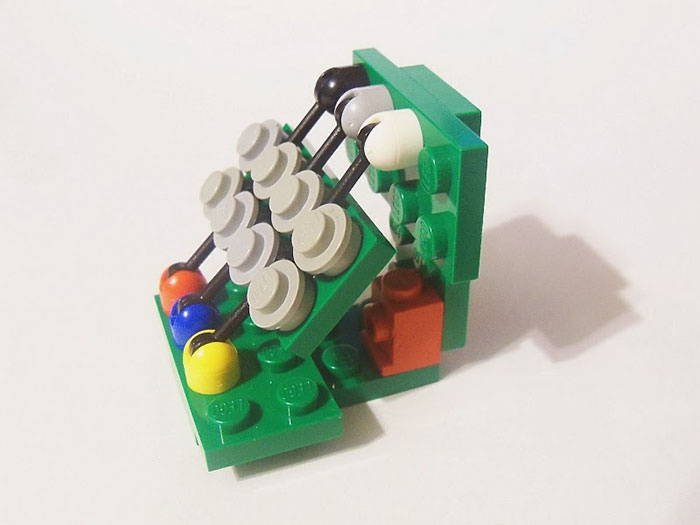 There are always some set-out plans for LEGOdesigners when they want to build a set. So, they have clearly outlined thetechniques to be used for building the set, and you are expected to stick toit. The simple meaning of this is that you cannot just do what you want.Therefore, other techniques that are not a part of those that the designershave outlined are classified as “illegal”. Yes, this word is really deep as youare not breaking the law of any country. It can be understood as LEGO saying,“Hello friends, this is the way to do it”. An illegal building method ortechnique often LEGO bricks pass through unnecessary stress, which is why usingthem is not recommended whenever you want to build.

Through the above explanation, it is evidentthat no one will arrest or prosecute you for building with illegal techniques,but, you can be considered as a person that has broken the LEGO law. Justimagine how it would be if some LEGO police have been appointed, you will agreewith me that many adult fans or AFOLs would be in serious trouble at themoment. Some LEGO builders have posted ma lot of illegal methods of building,and many people are practicing them. Some people may claim that they havethought away from the box, while to LEGO, you are just stressing your bricks unnecessarilyby doing what LEGO never intended. There are some bricks that LEGO warnedagainst combining or joining. This helps to keep the fun going and to keep yousafe. 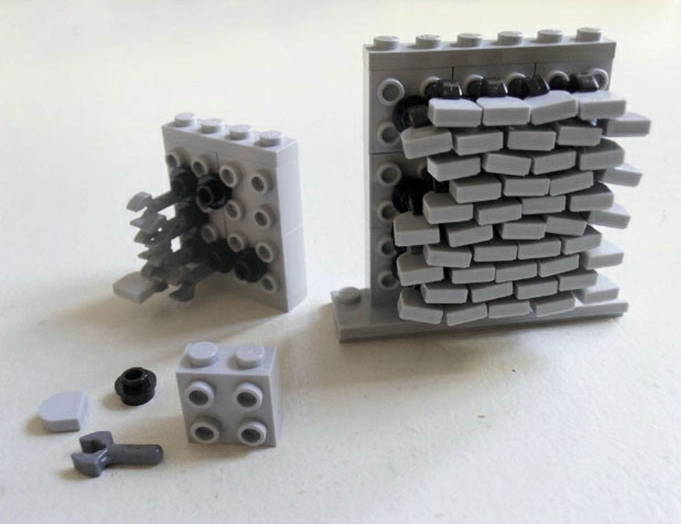 Generally, making use of illegal buildingmethods is more of placing studs in between LEGO bricks to enable them to sticktogether, creating double-sided bricks, etc. illegal LEGO building techniqueshave caused a lot of controversy as a majority of people to believe that onecan use LEGO bricks in various ways, so then, why would they just stick to onemethod?

There are indeed LEGO rules. If you feel thatyou can use any method you like to build your sets, then, you certainly mightbe doing it the wrong way, making the “LEGO Daddy” (if he actually existed)disappointed in you. There are a lot of people today who cannot tell which LEGObuilding technique is illegal or not. Well, you are fortunate because thisarticle will help you know the illegal building techniques. Below are some ofthem.

·     You can only insert 1x1 platesinside the technique bricks. You should not put other plates with theirdifferent studs into the technic bricks.

·     Do not place plates n betweenany studs. Although, about 19 years ago, this technique was 'legal', now, LEGOsays it is 'illegal'.

·     If there are studs on thesides of bricks, then these studs cannot be inserted into technic bricks.

·      LEGOembossing has its minimal height, so if you have mounted a brick upon Headlightbricks using a SNOT method, the brick cannot directly be above the normal stud.

·     If you do not fully inserttechnic pins into the technic holes, then you are doing an illegal technique.This is because the element will be stressed due to compression.

·     Making use of differenttransparent pieces is illegal as it can be hazardous to you because of apotential chemical bond. 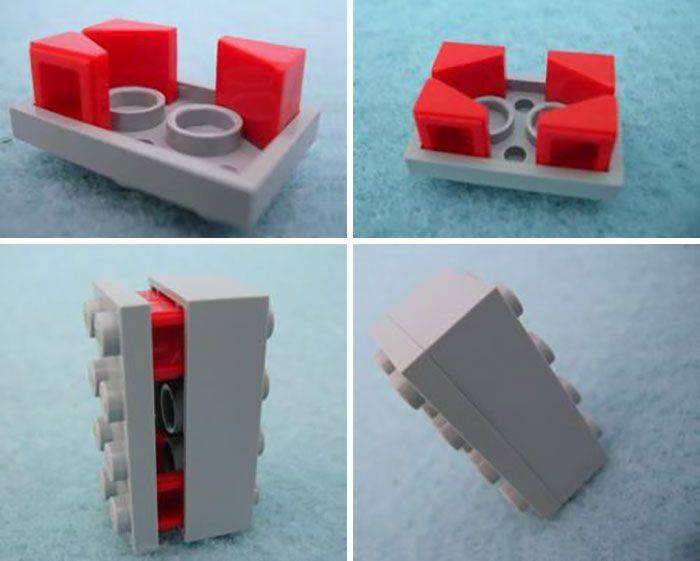 §  Usinga raspberry as a kind of beret or hat for a Minifigure. This may look creative,but unfortunately, it is illegal because it will make the Minifigure look morerealistic and cooler.

§  Makinguse of a standard brick and a few triangular pieces to make the one that hasstuds on the two sides of your LEGO brick. Studded sides seem to be great as itallows you to create a double of what you made on one of the sides on thesecond side as well, making you get creative, and may even result in what youdid not expect.

§  Itis illegal to use rectangular LEGO pieces sequentially in a vertical andhorizontal pattern.

§  Ifyou make a quaffle with shield pieces, fitting the smaller brown pieces inbetween studs, and you then join them together, it means that you have made useof an illegal LEGO technique.

§  Whensmaller pieces are fitted in the stud holes of a standard LEGO brick and thereis an anchoring of each piece unto another.

§  Replicatinga brick wall or stone wall through the combination of LEGO pieces is regardedas an illegal building method by LEGO.

§  Forminga much realistic roof by mounting many LEGO parts on top of each other is not alegal building technique. The reason why this method is not recommended is thatthe pieces will be greatly strained because it is wrong for them to be combinedin such a manner.

§  Makinguse of LEGO bricks to form round structures. For example, joining 5 piecestogether by fitting the studs on the piece below into the hole of each of thepieces above. This building technique is termed “illegal by LEGO.

§  Mostadult fans usually create columns even with the whole studs facing the outwarddirection. And then, there will be an overall look after thin tiles have beenfitted into the studs. But, their main trick is to create bricks that havestuds on the whole sides. They often make use of small LEGO axels or connectorsto do this. This is one of the trending illegal LEGO building techniques.

§  Forcefullyfitting different bricks together bizarrely is another trending illegal LEGObuilding method. Although, after completing it, no one can explain what wasmade, the result will sure look like "something". No matter howawesome it appears to be, it is still “illegal”.

§  Makinguse of a double-sided brick building method, whereby 2 standard bricks will bejoined with the use of tube connectors to make the sides that are studded toface the outward direction.

§  Itis illegal for one to wedge two LEGO bricks in between their studs. LEGOcompletely goes against this building technique.

§  Whena person is building LEGO with illegal techniques, he knows that he/she is notalways expecting to come up with something that is completely sensible. Thereare many LEGO fans that join two pieces that are supposed to be mounted on eachother with the use of a connector piece.

§  Bricksthat have studs on the two sides are usually loved by LEGO fans. Most peoplemake use of flower pieces to join 2 bricks together as it will make studs to betwo sides of each brick that were combined.

§  LEGOfans, most especially, the AFOLs have another way of getting a 2-sided brickthat can allow them to build any kind of double-sided toy they can think of.One thing about this trick is that a small gap will be left in between thebricks that were joined.  This techniqueis illegal.

§  Thereis a way that some builders join LEGO pieces to make something that looks likea Tardis and a climbing rope. This complicated joining is illegal, but that isthe fun they derive from doing it.

§  Whenlittle dumbbells are fitted in between a brick’s stud holes to make clamp shutanother brick to be clamp shut unto it, an illegal LEGO building technique hasbeen used.

§  Usingbricks that have a stud on the whole sides and combining many others to createsomething that resembles the masterpiece of an engineer is also termed“illegal” by LEGO.

§  Manypeople usually create a brick that has the cross shape by making use of a piecethat has 4 blades, wedging each of them in between all the studs of the 4different bricks.

§  WedgingLEGO bricks in between themselves without following the appropriate techniqueis illegal. After you have completed your design, you will think a little bit.

§  Creatingdouble-sided bricks by clamping each of the stud holes by another LEGO piece isillegal, but fun.

§  AdultLEGO builders may decide to confuse those that are less creative by forcefullyjoining pieces together to come up with something that resembles a machine’sinner part. This technique is not legal.

§  Makinguse of large connectors tightly fit in LEGO bricks’ corners to join themtogether is a different way of sticking LEGO bricks together without any glue.This is also a trending illegal building method.

§  Abeautiful LEGO cube can be made by combining smaller pieces. You may getfrustrated when you are trying to fit the little pieces together, but aftercompleting it, you will come up with something cute.

§  Somepeople just display their creativity by joining random pieces together to formsomething that looks like a shelf for hanging LEGO pieces. Most times, theyhave no aim of building.

Well, anyone can say that calling thesebuilding techniques “illegal” does not sound right, maybe referring to it as“not recommended” sounds much better. But, remember that LEGO has the right tochoose what they refer to as illegal or legal.