Some LEGO Keyboard Hacks You Should Try Out

We love LEGOs, and there is a great chance that you may want to show your love for these bricks by getting a LEGO keyboard. We have decided to cook up some keyboard hacks in existence that involves the usage of bricks. 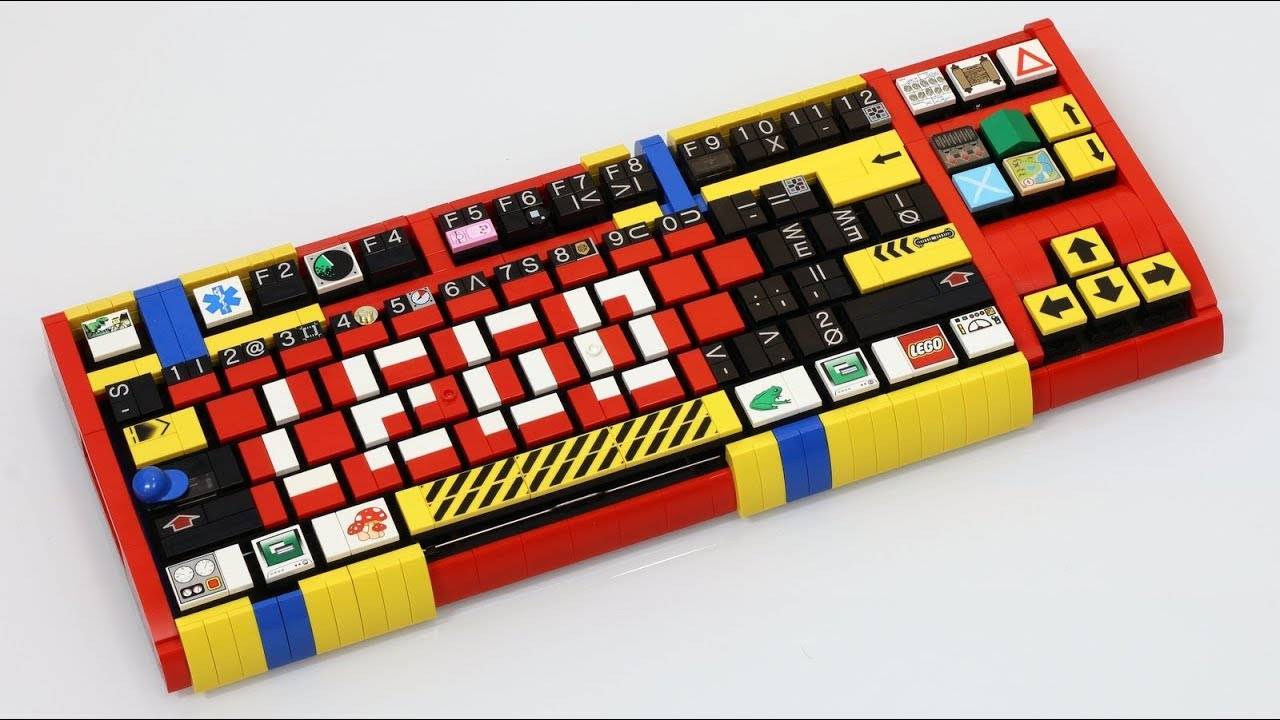 It is easy to tell what someone loves by looking at the setting of their environment. A LEGO fan likely has his or her sets decorating the environment. There are probably lighting bricks on these sets to ensure that they shine bright like a diamond.

We throw parties that are true to the theme for our kids and ourselves. We attend conventions that are true to the theme. Who wouldn't blame us? We grew up loving those bricks. A lot of developed and nurtured our love for building and creativity because of those bricks that we coupled together as kids. What if we told you that you can have LEGO keyboards in your house or home and they are functional? Take a ride with us, as we analyze them.

HAVE YOU TRIED CONNECTING CHERRY MX KEY SWITCHES TO LEGO?

Like earlier mentioned, we love Legos, hence, we try to add them to our everyday life.

A lot of us spend long hours typing away at our nondescript keyboards. Many of us have dull keyboards that are boring to look at and use. Are you someone that loves to function in an area where creativity seems to live? There is a great chance that you may fancy this hack.

It can be done easily by using a keyboard that has mechanical Cherry MX key switches. This has made it easier for the bricks to easily be linked to the switches. 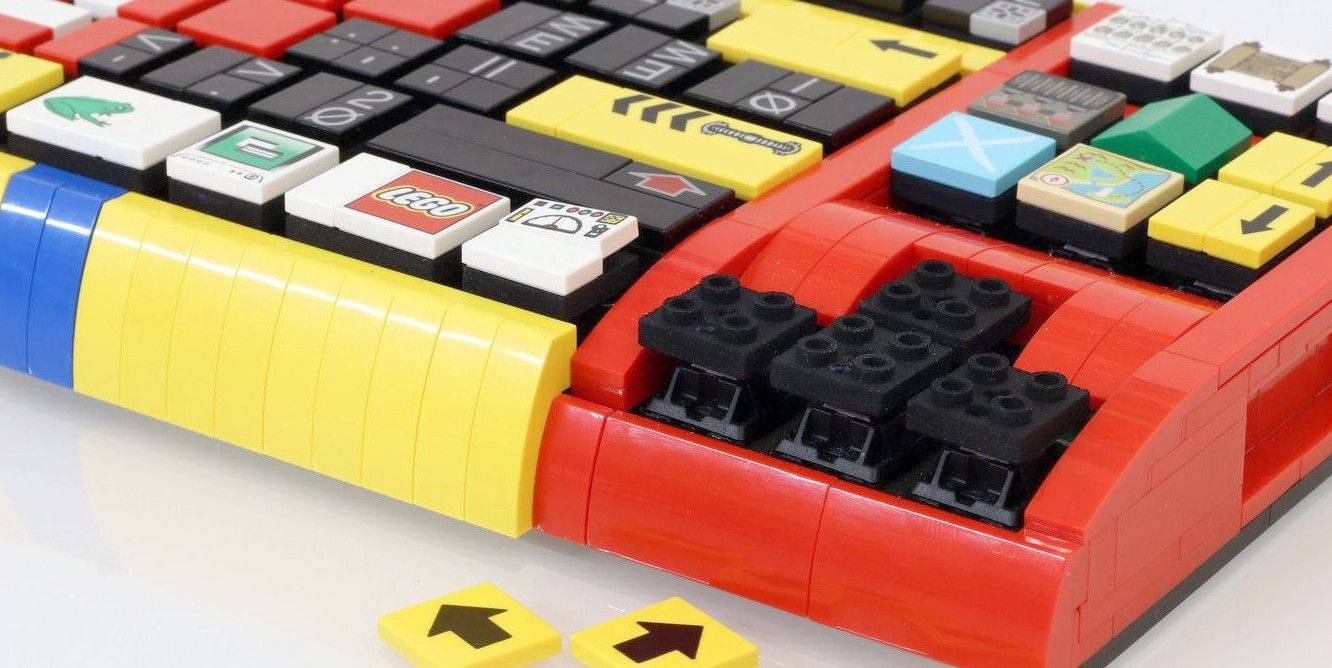 This type of quirky keyboard was created by Jason and his brother, Roman.

Roman did most of the building of the custom parts because he is a mechanical engineer.

The keycaps that were created by Roman were done with Cherry MX stem and LEGO studs. The former was made to hold the key switches, while the latter was made to ensure that the LEGO bricks were easily attached.

The pieces were designed to possess a hole to allow those keys that possess LEDs to easily be fixed.

Jason got over one hundred from Shapeways, and he found out that close to a dozen of them couldn't easily fit the bricks he wanted to use. The only time that they are expected to loosen is only when someone is using his keyboard in a bad manner.

One part that he said seemed simple to him was when he decided to create the keyboard circuit. What he had to do was merely take out a keyboard circuit from a Cooler Master QuickFire Rapid keyboard that he wants using any longer. When he took it out, he put his personal LEGO keyboard base.

Can We Call It The Quirkiest QWERTY Keyboard Ever Made

Currently, there is a fan that made a 4-foot-long Nintendo controller. It is important to note that though some of these cool gadgets made from bricks may function, they aren't as effective as those made from regular materials. In the future, that may change, but for now, driving a LEGO car with a similar V-8 engine makes no sense at all.

This doesn't also mean that there aren't some marvels that aren't functional. One of them is the LEGO keyboard that we are talking about. 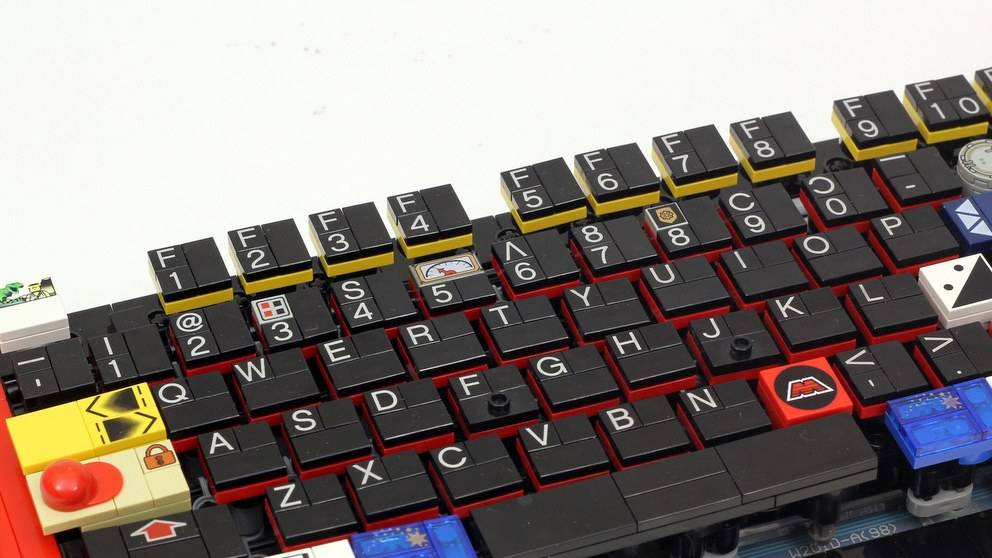 When Jason Allemann and his brother, Roman came together to create this quirky keyboard, we were surprised. We thought that it would just be an outrageous creation that won't be as effective as the real deal, but we were wrong. Jason is an artist, while his brother is a mechanical engineer.

This QWERTY keyboard may be strange, but it is highly functional. To make this keyboard, the brothers had to utilize a Microsoft keyboard, as well as some bricks.

The keyboard is so effective that it is capable of doing over sixty words every minute, which is awesome. If you are someone that loves quirky things, this keyboard may impress you. In this structure, few studs were utilized.

The brothers made the sides of the keyboard to pay homage to the previous Lego logo we once knew. If you have a set from the 1960s, there is a great chance that you must have seen the old logo, which was a combination of black, white, blue and yellow stripes. The keyboard was a statement with the intention of reminding us of the past.

The brothers ensured that the only pegs that we could see are those that were put there to allow that typing with the keyboard to find the home row. We guess that were placed there for their functional purposes.

Is It A Simple Piece of Wonder

Can we say that this keyboard isn't simple in nature? The brothers had to put an incredible amount of work into their creation. If you know bricks, you will know that they have an annoying grid, meaning that if you used them like that on a keyboard, they won't easily touch the keyboard membrane because they won't line up well.

This ended with Jason creating a matrix of axles to ensure that the necessary spacing was gotten. He did this by making use of the Technic system employed by the bricks' manufacturer.

For those that use Reddit, it is no news that we love to type away in anger when annoyed by a dumb comment. If you are using the quirkiest keyboard in existence to do this, you don't have to worry about the keys falling off.

To use this keyboard, you have to be open-minded and flexible to change. All in all, we fancy what was done.

Can We Say That The Key Work Was Clever?

Now that we have stated that the keyboard is functional, can we marvel at how cute the design is?

They should be hanged in a LEGO museum because of how awesome they are. Every marking there was gotten from normal sets, and they didn't make use of any decal or label.

To make this, the brothers had to spend long days, trying to find the right pieces from numerous sets. It was easy for them to stumble on the different letters of the alphabet but the rests weren't easy. They had to think outside the box before they found the rest.

For the caps lock key, they made use of a brick that had a minifig losing its baseball cap, and they also used a small tile that had a padlock on it. 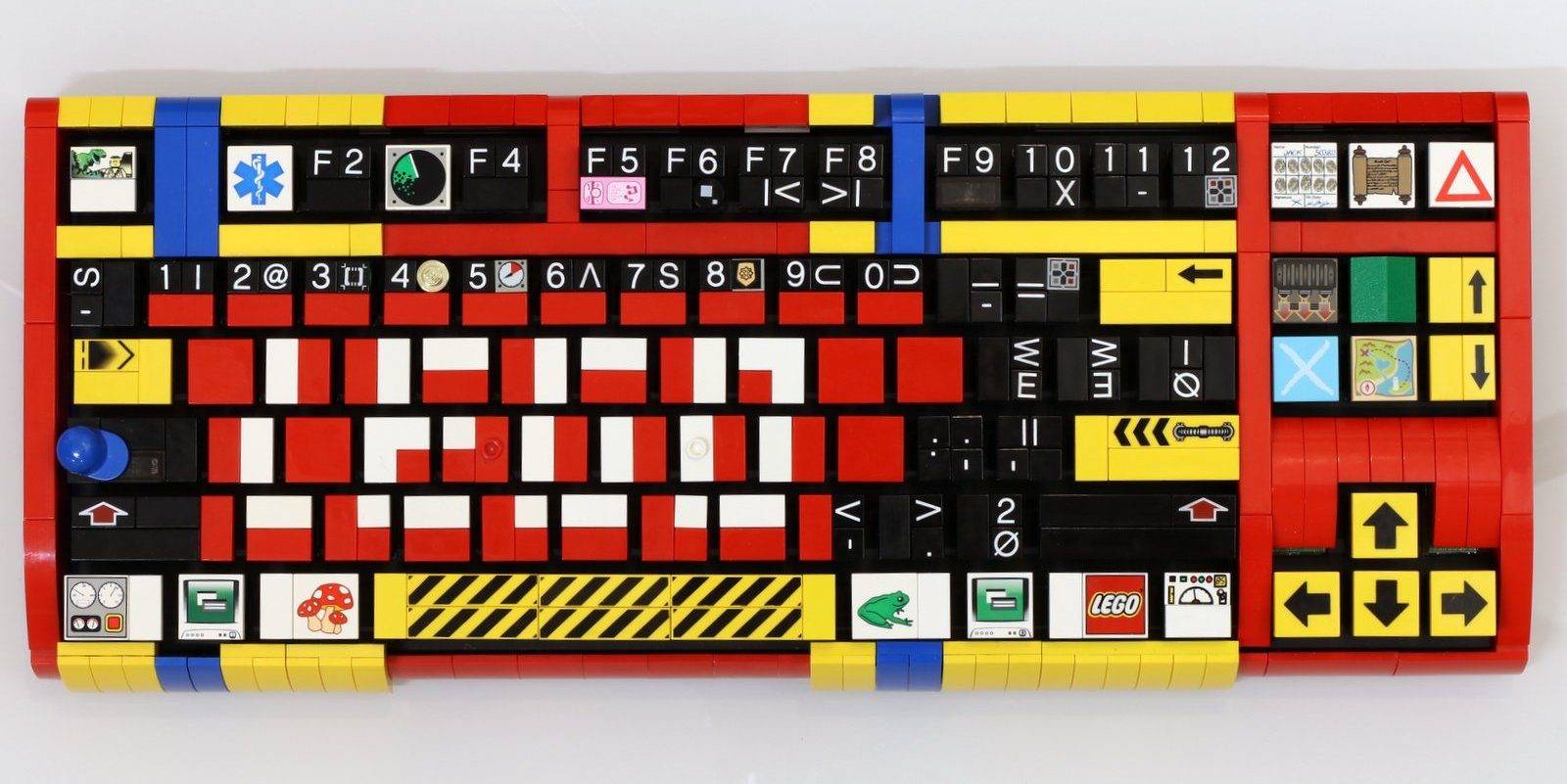 It wasn't easy for them to come up with these. I can tell you that for sure. I can imagine the, sitting around, wondering what to use for those glyphs that are highly specialized. Their weird thinking must have helped.

To show the "Scroll lock" button, they had to make use of a parchment that got from the medieval-themed kit.

The escape key was a brick that had a car running away from a T-Rex. According to the creators, it was Jason's girlfriend that suggested this. To show the question mark, a picture of a sock upside down was used. For "Alt", they had to make use of a poetic license to get this right. They decided to add some magic that is usually seen in movies to create the perfect 'alt'. When you want to change a Disney character to another creature, they are usually altered with magic. What else, in reality, reminds you of magic than shooting stars? They decided to make use of shooting stars to represent 'Alt'. Once again, movie characters to the win.

A lot of these things used may seem weird, but we have no option but to say that the creators were highly creative. They unleashed their creativity, intuitiveness and muscle memory to create the perfect creation.

To create this, the manufacturers looked at every part of how the keyboard would look like. They ensure that every key was in the right grid, while those functions that were alike were defined well.

The various lock keys may not seem easy to understand, but the fact that the hues used are consistent makes everything seem natural.

Though this may have been a marvelous creation, the creators have gone on to say that they are ready to take apart the keys, if they come across better bricks in the future. Currently, you can't come across any Lego tile that has things that look like a bracket, backslash or even slash. They hope that this will change in the future so that they can improve their keyboard.

Can we say that we fancy this LEGO mechanical keyboard? We won't be wrong if we said so?

We love the fact that the bricks were used in a creative manner. Those letter keywords utilized don't have any better on them.

Like earlier mentioned too, I fancied the fact that the ESC key was an image of someone being chased by a dinosaur. Tell me that this thing doesn't remind you of Jurassic Park. I love this.

As for the F1 key, they made use of the Star of Life sign that is utilized by those medical emergency services. There is a great chance that you must have seen this in an ambulance. This is creative being that the F1 is usually the help-key. They are synonymous.

To show the Scroll Lock, they decided to use an image of a scroll. It is typical.

To ensure that he could type quickly, he made use of blue racing stripes in his frame. He showed his marvelous creation at the Hackaday superconference in 2017.

Do you know that you can decorate your LEGO sets by using lighting bricks? We have customized lighting bricks for your beautiful sets, Minifigures and so on. Talk to us today if you want your sets to stand out, be beautified, easily seen, decorated and have their values improved.