Build this glorious model filled with lots of memories of the first Mickey mouse with your friends. This piece has a very unique look and one of the things that aid the look is the amazing lights. This piece is very strong and durable because of the LEGO element material that it is made with. This piece is perfect for display in your home or office, it shows the love for where Mickey mouse started and where he is going.

Give this adorable piece

Give this piece to someone special who will appreciate your amazing effort and love for this piece. 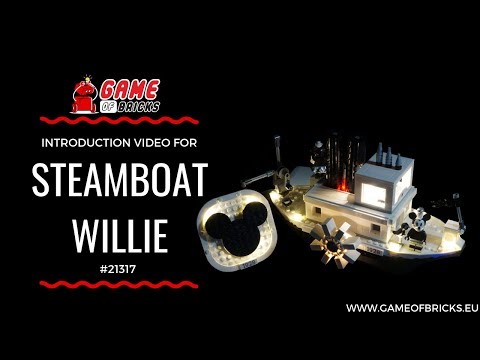 The LEGO Steamboat Willie 21317 building set comes Minifigures of both Mickey and Minnie Mouse which gave silver-colored decorations each and a bonus is a parrot figure. Recreate your favorite scenes from the classic Disney Mickey Mouse cartoon with style by adding our unique LEGO LED Lights to your LEGO 21317 Steamboat Willie!